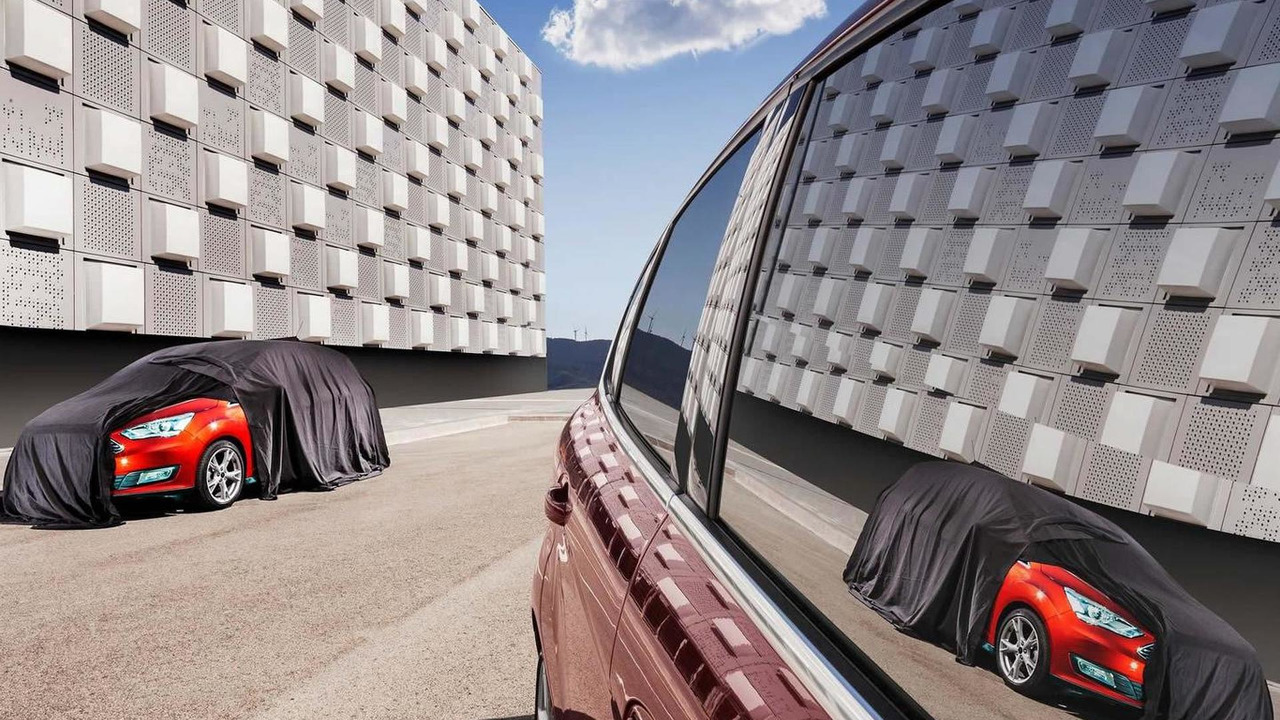 Ford has published a teaser image with the 2015 C-MAX facelift set to be unveiled on Wednesday.

Ford has published a teaser image with the 2015 C-MAX facelift set to be unveiled on Wednesday.

It was only yesterday when Ford released images with the second-gen S-MAX and now they are teasing its smaller brother, the C-MAX, which is about to receive a facelift as seen in previous spy shots. From what we can see in this teaser, the compact MPV will look slightly more upscale than the current model thanks to enlarged sweptback headlights, a trapezoidal grille with chrome margins along with bigger fog lights and a reshaped lower grille.

The same updates will also be applied onto the seven-seater Grand C-MAX and both versions will be shown in public at next month's Paris Motor Show.