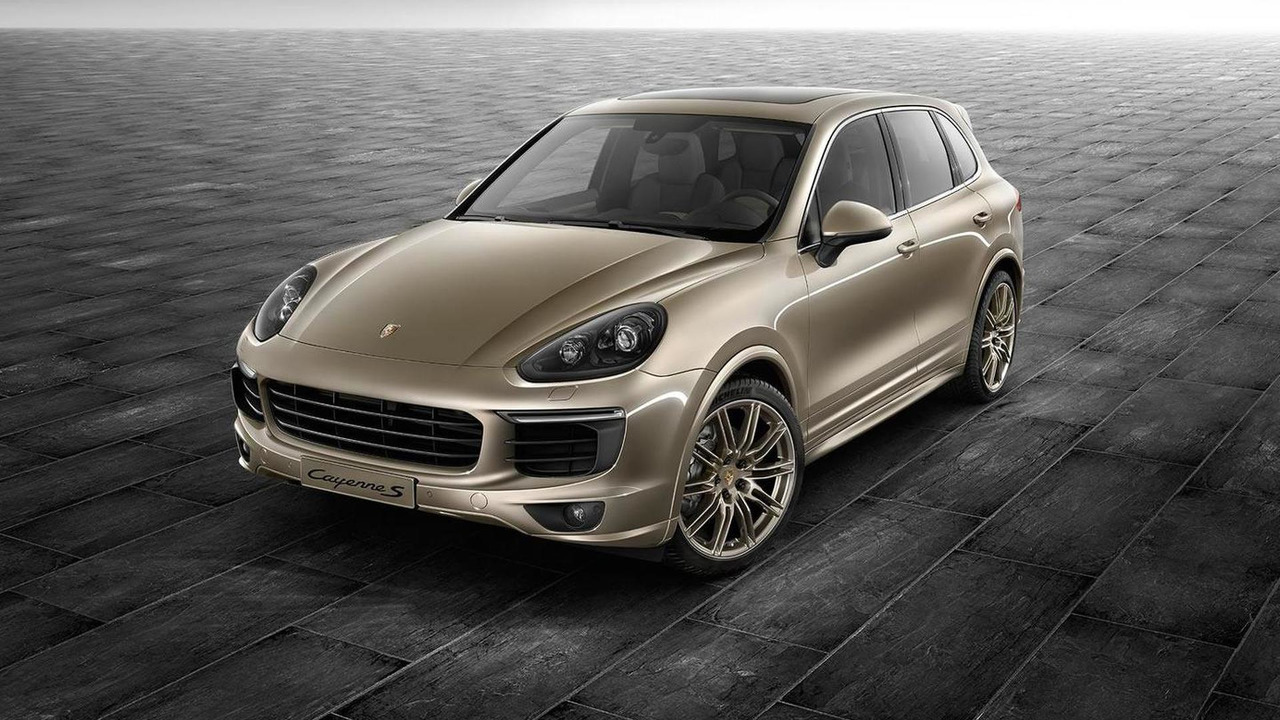 Porsche Exclusive has finished working on a heavily customized Cayenne S based on the facelifted model and finished in Palladium Metallic.

Porsche Exclusive has finished working on a heavily customized Cayenne S based on the facelifted model and finished in Palladium Metallic.

Porsche launched the Cayenne facelift in July and now the SUV has received the "Exclusive" treatment applied onto an S version equipped with the SportDesign package. It features blackened bi-xenon headlights with Porsche Dynamic Light System (PDLS) and rides on 21-inch Cayenne SportEdition alloy wheels with body-colored wheel arches. At the back there are smoked LED taillights with adaptive brake lights along with a quad sports exhaust setup.

More extensive changes have occurred inside the cabin where there’s an extended leather trim package including leather-wrapped seat centers and armrests finished in a contrasting color. Even the air vents, roof lining grab handles, sun visors, steering column casing and PCM surround have been covered in leather while the center armrest features the Porsche crest.

It seems Jeremy Clarkson isn't a big fan of this car as he posted on Facebook: "Things I'd rather have include ebola, six elbows and an unquenchable desire to goose the Pope."