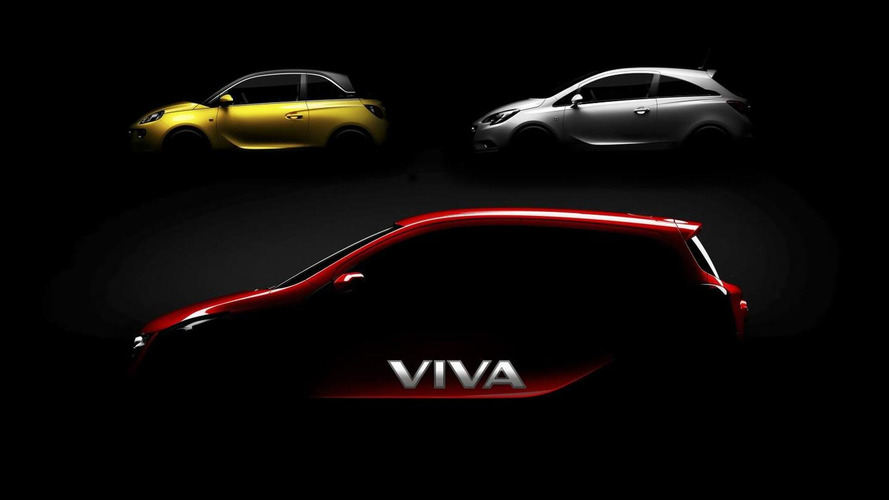 The moniker pays homage to the original Viva that was produced by the brand between 1963 and 1979. However, the European Opel version will be given a different moniker which will be announced tomorrow.

General Motors has released the first images and video teasing their new entry-level five-door city car that will be call Vauxhall Viva in the UK and Opel Karl in Europe.

The new model will complement the brand's alternative small cars consisting of the A-sector ADAM and Corsa, but the Viva/Karl will be a lower cost option. Pricing is set to start at around £7,000 in the UK which places the model in the realm of the Dacia Sandero and Hyundai i10.

The five-door hatchback will have space for four or five passengers and will adopt a simple and clean design and at only 3.68 meters long, it certainly comes in a small package.

The engine range will be inherited from the ADAM and will include three- and four-cylinder units. The new turbocharged 1.0-liter three-cylinder petrol engine that produces 115 HP (85 kW) and 166 Nm (122 lb-ft) of torque is likely to top the range.

The Vauxhall moniker pays homage to the original Viva that was produced by the brand between 1963 and 1979. Opel's Karl meanwhile pays homage to one of the Adam Opel’s sons, the man responsible for founding the company back in 1862.

We should see the new Vauxhall Viva / Opel Karl unveiled in production form at the Geneva Motor Show in March 2015.

UPDATED: This article was updated on September 11th, 2014.