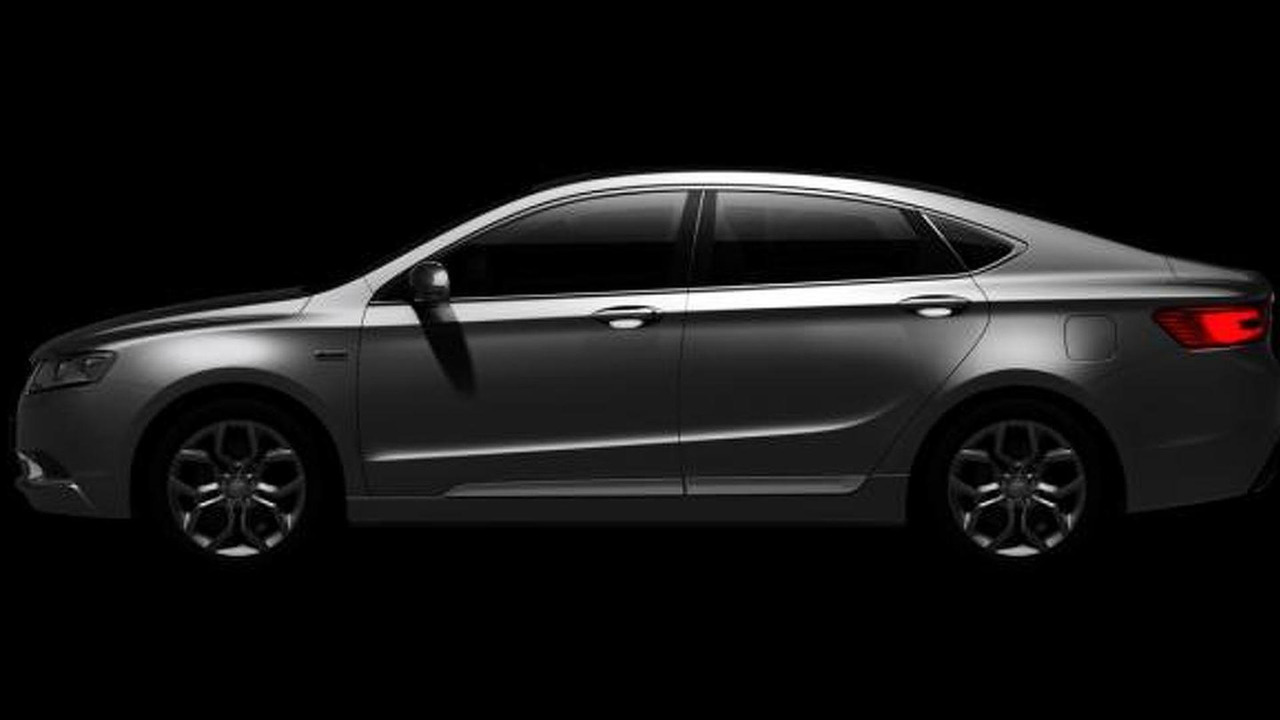 At last year's Auto Shanghai we saw Geely's KC concept which provided a first glimpse of the company's range-topping model that now can be seen in production guise. It's the first model to feature a new styling approach and was created under the direction of Peter Horbury, an ex-Volvo designer who is now leading Geely's design team.

Details about the GC9 are not available at this point but Volvo's owners are saying it's an entirely new car promising to be the company's "most ambitious vehicle to date in terms of design, technology, safety and driving dynamics." They say the side profile design was created with influences from jet fighters and supercars while the interior draws its cues from Chinese heritage and ancient stone bridges.

An official reveal is scheduled for November 20 at the Guangzhou Auto Show.