Next generation BMW 7-Series caught on camera with production taillights 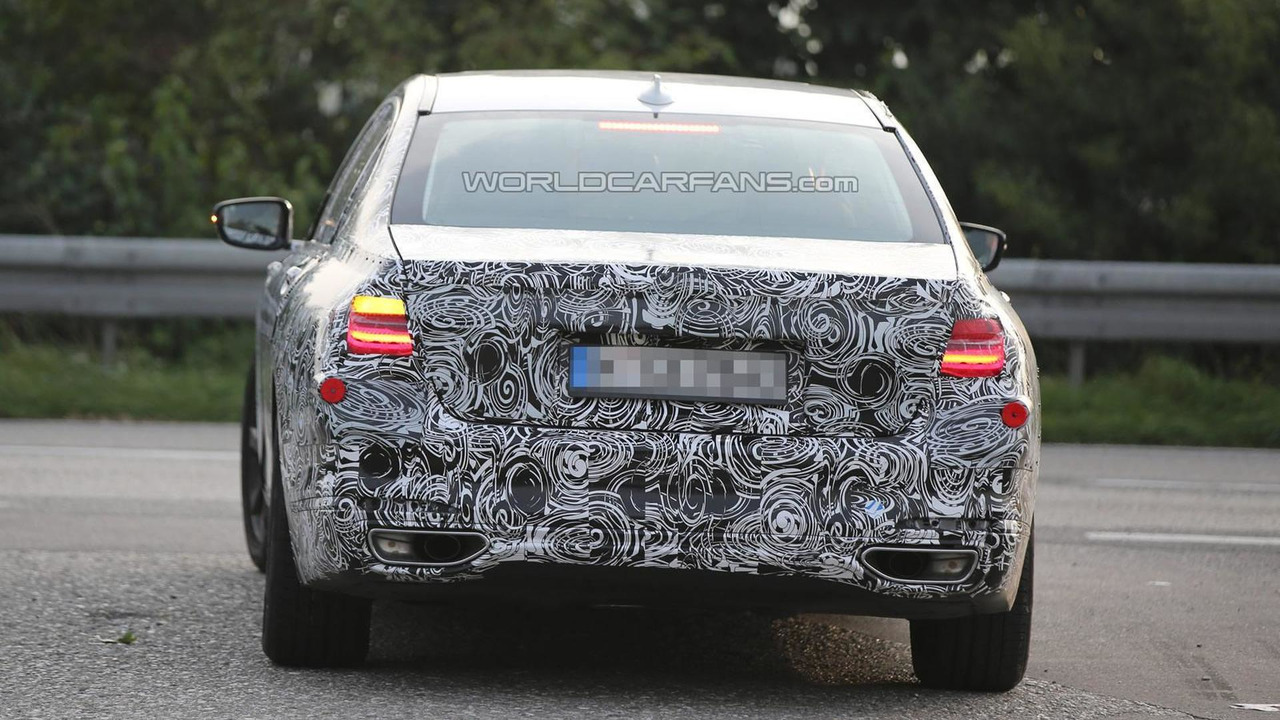 A prototype of the 2016 BMW 7-Series has been spied undergoing testing while featuring the production taillights.

A prototype of the 2016 BMW 7-Series has been spied undergoing testing while featuring the production taillights.

At the end of August we saw the next-gen 7-Series testing with the production headlights and now a prototype was spotted carrying the series taillights as well. It seems BMW has decided to change the layout as the taillights no longer extend onto the tailgate but that could change with future prototypes. Both headlights and taillights appear to be considerably smaller compared to the outgoing model and come with full LED technology.

Allegedly arriving at next year's Frankfurt Motor Show in September, the sixth-gen 7-Series will ride on a newly developed platform called "35up" which will shave as much as 200 kg (440 lbs) thanks to a construction combining aluminum, magnesium, high-strength steel and carbon-reinforced plastic. The flagship BMW is bound to receive a double wishbone front & multi-link rear suspension made mostly from aluminum all wrapped around in a design said to be influenced the Vision Future Luxury concept.

An extra-long wheelbase is allegedly in the pipeline to rival the Mercedes-Benz S-Class Maybach while on top of the range will be an M750i/M7 version equipped with a twin-turbo 4.4-liter V8 sourced from the M5 but further tweaked to deliver more than 600 bhp (447 kW).