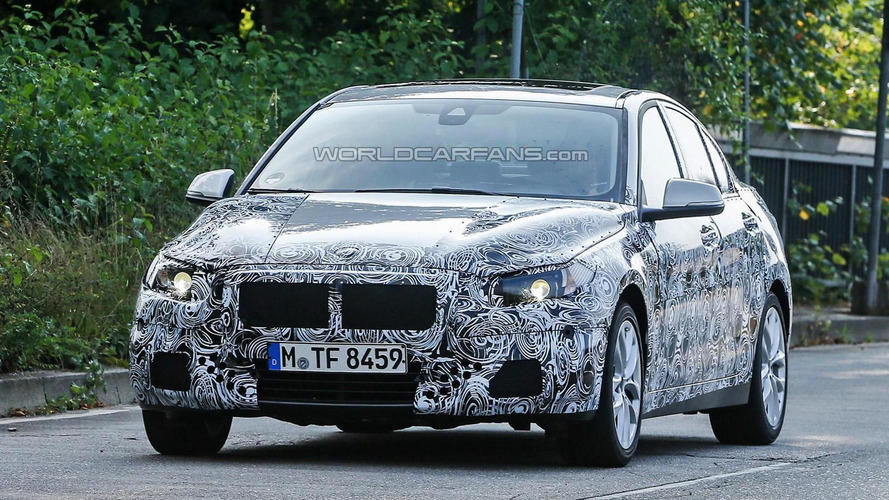 A prototype of the BMW 1-Series Sedan has been spied once again undergoing testing prior to an expected 2016 launch.

A prototype of the BMW 1-Series Sedan has been spied once again undergoing testing prior to an expected 2016 launch.

The 2-Series Active Tourer is only a taste of what's to come in terms of front-wheel drive BMWs as the car spotted here will likely ride on the UKL platform as well. Believed to come out in 2016, the 1-Series Sedan (codenamed F52) is BMW's belated answer to the Audi A3 Sedan and Mercedes-Benz CLA and according to our sources it will be commercialized in United States even though BMW North America CEO Ludwig Willisch said the model won't hit stateside in the "foreseeable future."

At an additional cost, the BMW 1-Series Sedan will be available with an xDrive arrangement and it is believed the US-spec model will be offered only in 120i and 125i versions, with the latter also getting optional xDrive. The Euro-spec version will probably get just about the same engines as the new MINI and 2-Series Active Tourer.

We'll get a first taste of the 1-Series Sedan early next year when BMW will introduce the facelifted 1-Series hatchback, while the sedan is expected to come out towards the end of 2015 as a 2016MY. Interestingly, Toyota will reportedly get its own version of the 1-Series sometime in 2017.