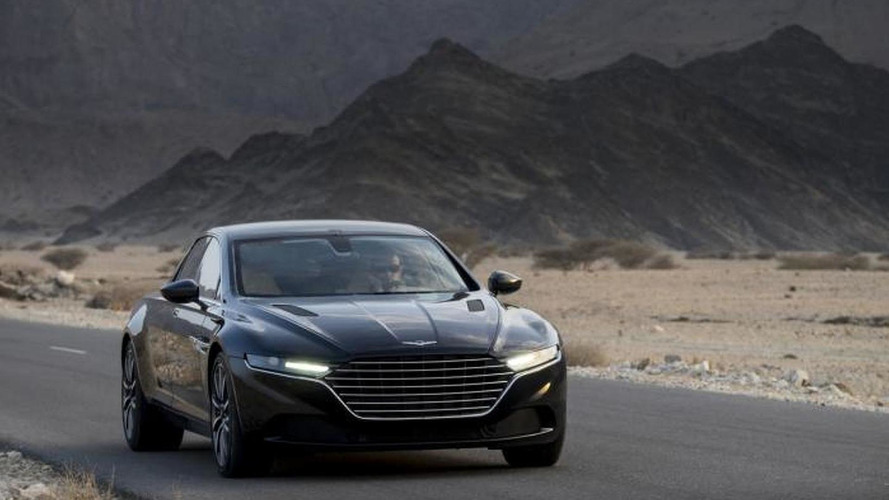 Aston Martin has released several images with the Lagonda verification prototype which is currently undergoing testing in Oman.

Aston Martin has released several images with the Lagonda verification prototype which is currently undergoing testing in Oman.

Created exclusively for the Middle East, Aston Martin's Lagonda revival adopts an angular throwback design with a modern twist and will be available to customers only on an invitation basis. This is a verification prototype which in the next four weeks will conduct testing in Oman and in the process will cover around 14,000 miles (22,530 km) before heading back to UK for additional tests.

The carbon fiber-bodied Lagonda uses Rapide's VH platform and will be built in a limited series of less than 100 units and all will have an updated V12 6.0-liter engine producing an estimated 600 bhp (447 kW) delivered to the rear wheels via an 8-speed automatic gearbox helping the high-powered sedan reach 62 mph (100 km/h) from a standstill in around 4.2 seconds.

Pricing for the "exceptional automotive art" as described by designer Marek Reichmann hasn't been disclosed but you can imagine it won't come cheap since Aston Martin says it performs "beyond expectations" and will be built to meet a "specific market demand."