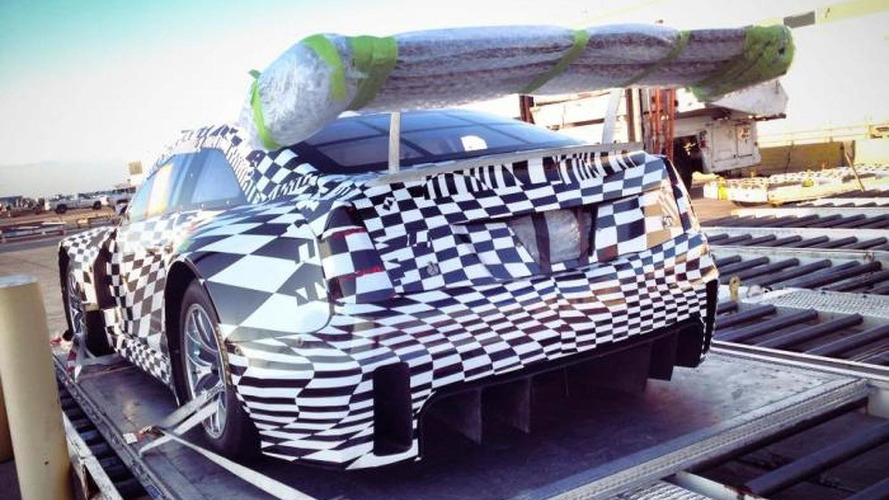 First photos of the Cadillac ATS-V GT3 race car have leaked into the web.

There’s still not much to report as the vehicle is heavily camouflaged. In August, it was reported such a race car is being developed by Pratt & Miller Engineering and it could use a twin-turbo V6 engine.

Additional photos can be found at the source link below.