The FCEV can cost almost as little as a base Prius.

How often do you see a new model on the market that is significantly more refined than its predecessor and rides on a chassis borrowed from a premium sedan, but at the same time has a lower starting price? Well, we guess that doesn’t happen a lot.

The Toyota Mirai may be a rare breed but it is exactly that - brand new for 2021 and using a chassis derived from the Lexus LS. Even the default price of the 2021 Mirai is $9,050 lower than on the previous model but now, the automaker has announced a very generous incentive for potential buyers. You can save up to $20,000, though the offer has some restrictions. 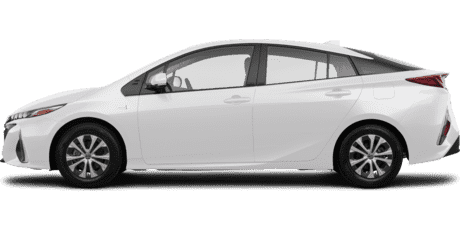 save over $3,400 on average off MSRP* on a new Toyota Prius Prime

CarsDirect obtained Toyota’s latest dealer incentive bulletin, in which the Mirai discount appears for customers buying the fuel-cell vehicle using financing at a promotional rate through Toyota Financial Services. The publication also reports the sedan has extended zero-interest financing to 72 months. Toyota only sells the Mirai in California though.

On top of that, the California Clean Vehicle Rebate cuts another $4,500 from the car’s MSRP, bringing the price down to $25,995, roughly 50 percent of the MSRP. For comparison, CarsDirect points out that the cheapest Toyota Prius for 2021 has a starting price of $25,520.

The New Mirai For America:

Last but not least, Toyota also has a $15,000 fuel credit. Even though that doesn’t necessarily mean the Mirai’s price drops to just $10,995, it’s definitely a huge stimulus for potential buyers.