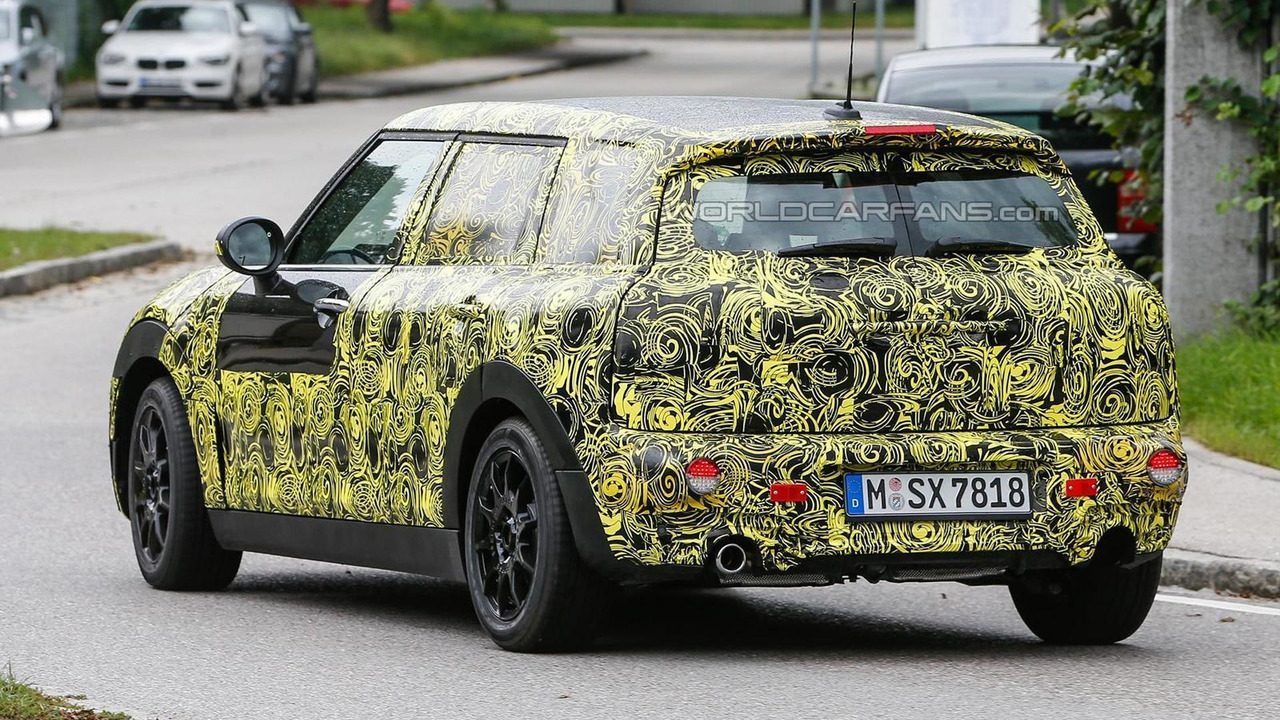 The second generation MINI Clubman has been spied testing prior to a 2015 market launch.

The second generation MINI Clubman has been spied testing prior to a 2015 market launch.

Approximately three weeks ago we heard MINI stopped production of the Clubman even though its successor seen here is about a year away from market availability. While the old model had three side doors (one left + two right), the new one will feature a more conventional four-door layout as seen in the near-production Clubman concept shown earlier this year at the Geneva Motor Show.

MINI has decided to retain the Clubman's split rear door to enable easier cargo loading & unloading. The production model will likely be significantly larger than its predecessor as the aforementioned concept was 26 cm longer and 17 cm wider, thus creating an interior cabin large enough to accommodate five adults.

An official unveiling of the second generation MINI Clubman will likely occur in March 2015 at the Geneva Motor Show, with sales to commence several months later.