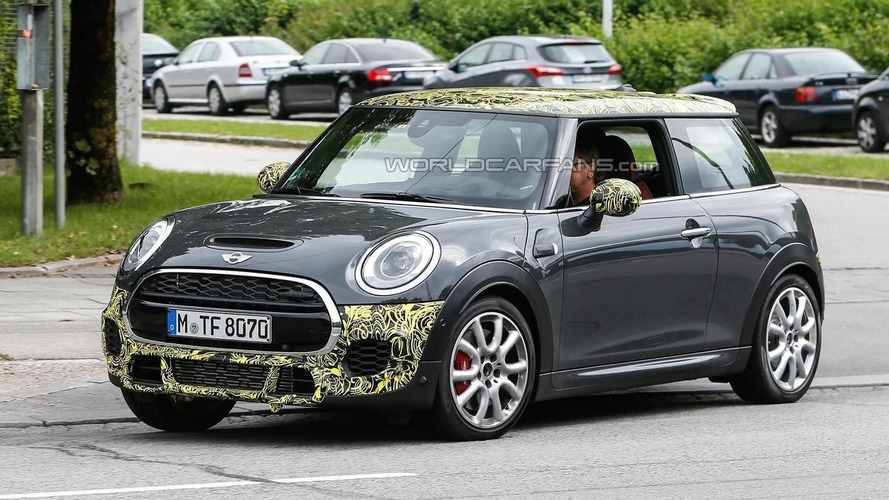 The all-new MINI has been spied in the range-topping John Cooper Works guise with very little disguise.

The all-new MINI has been spied in the range-topping John Cooper Works guise with very little disguise.

At the beginning of the year in Detroit at NAIAS we saw a near-production MINI John Cooper Works concept which previewed the series model likely to go on sale in the first half of 2015. Now, a thinly disguised prototype was spotted undergoing final testing by our spy photographers featuring considerably toned down front and rear bumpers compared to the concept along with more humble alloy wheels.

Power is expected to come from a Cooper S-sourced 2.0-liter turbocharged gasoline engine which according to BMW sources will deliver around 230 bhp (172 kW) and 258 lb-ft (349 Nm). In the Cooper S, the motor is rated at 189 bhp (141 kW) and 206 lb-ft (221 lb-ft with overboost). Power in the MINI JCW will be channeled to the wheels through a six-speed manual transmission or an updated six-speed automatic gearbox.

According to a recent report, the 2015 MINI JCW will be unveiled in January at the North American International Auto Show in Detroit and will probably be exhibited alongside the five-door hatchback John Cooper Works model.