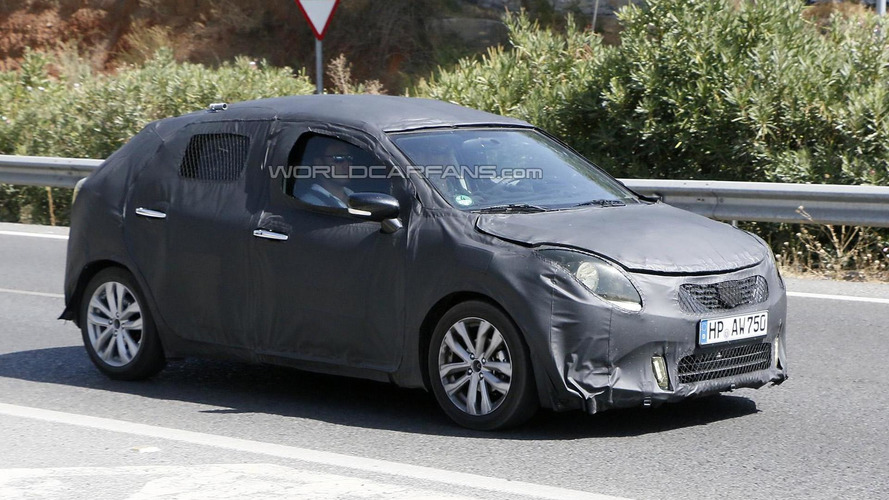 The Suzuki Baleno (name not confirmed) has been spied once again while undergoing preliminary testing.

The Suzuki Baleno (name not confirmed) has been spied once again while undergoing preliminary testing.

Suzuki is planning a larger hatchback to position above the Swift which will likely be tailored to the European market. The model in question is believed to bring back the "Baleno" nameplate and will be slotting in the same spot previously occupied by the Liana hatchback which was phased out in 2007.

Little else is known about the model but taking into consideration the prototype spotted here was wearing a full body camouflage, we estimate a market launch will occur at the beginning of 2016 so expect an official reveal in the second half of next year. The C-segment model will reportedly ride on the same platform as the SX4 S-Cross but details are not available at this point.

Due to the heavy disguise there's not much to talk about in terms of design but we do notice the Swift-sourced alloy wheels, daytime running lights flanking the lower front grille, a roof-mounted spoiler, V-shaped upper front grille while the headlight & taillight design doesn't appear to be final since it looks quite rudimentary.