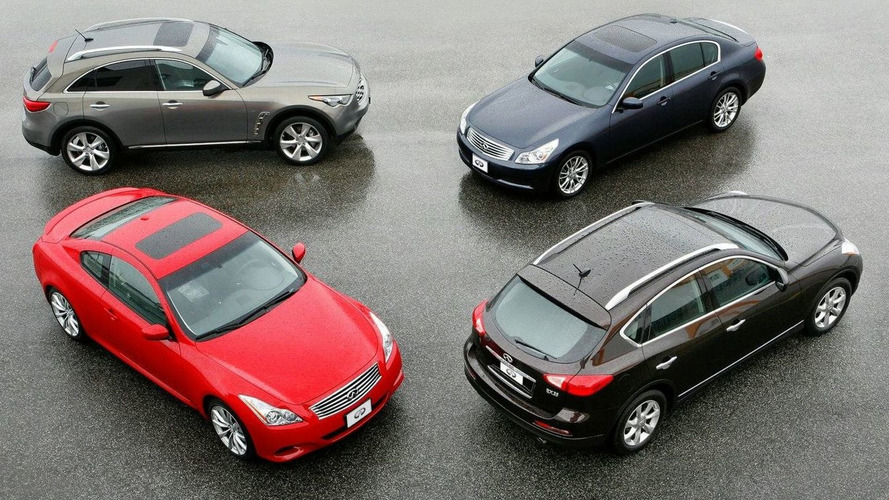 Infiniti is finally entering mainland Europe with a lineup of four models with 11 different variants.

“To infinity and beyond” is what toy character Buzz Lightyear likes repeating over and over. It’s senseless, we know that, but he’s just a robot so we forgive him. Besides, boys under 9 really like him. Infinity is of course endless but at Nissan, Infiniti is the pinnacle, the very top of everything there is to be, the end-all. Infiniti brand has been around for 19 years in countries like Mexico, the US, China and Ukraine. It even dipped a little into the South African market. Yet for whatever reason, the brand has never fully taken advantage of the European market, very much like Lexus before its decision to enter fully. Now Infiniti is going Euro and going deep.

Spain will be one of the first places to find your G37s and FXs when in October these cars start selling there. The range will be four-fold with 11 variations thereof. So it’s G37 sedan, G3 coupe, EX and FX. Prices start at €42,500 for the G37 sedan with 235kW and 360Nm of torque. It’s the new 3.7-litre V6 VQ series with Variable Valve Event and Lift and runs across the whole range, except on the FX50 S. That one is good for 287kW and 500Nm from its 5.0-litre V8, which compares well with its direct rivals like the BMW X5 4.8i, Mercedes-Benz ML 500 and Porsche Cayenne S.

These Infiniti cars come equipped standard with many features that other sellers offer through a list as long as Naomi Campbell’s legs. Some of these include adaptive bi-xenon headlamps, Bluetooth, keyless entry and start, parking sensors, 18 inch alloy wheels and Scratch Shield paint.  Entering Europe without even one diesel model is very risky so hopefully before too long we can start to see some oil-burning going on at Infiniti.

[Following the publication of this story Infiniti sent us a short heads-up to say: "You make a valid point about no diesel.  But it’s coming…   You will see a new V6 Diesel in the EX and FX early in 2010.  And also in the next generation M that we will introduce around the same time.  Hybrid is also a distinct possibility … depending on the market. Launching with just petrol is intentional.  We know it will limit sales.  But Infinitis will never be ubiquitous.  And we want to position ourselves from the start as a performance brand.  Which in most people’s minds, still means petrol." ]

So there you have it Europe. Infiniti diesel is on its way and hybrid too. Well, maybe.