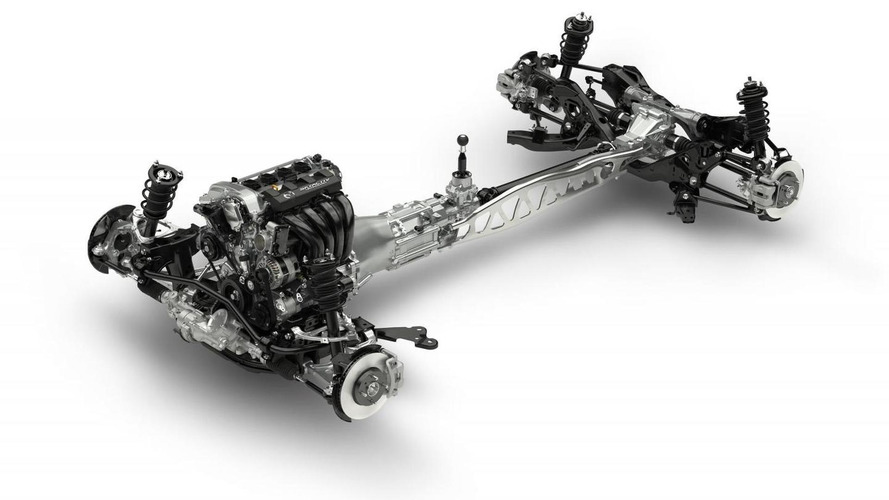 Unveiling at a glitzy event in Montreal

The all-new Mazda MX-5 Miata has been unveiled at a glitzy event in Montreal. It celebrates the 25th anniversary of the model that will be launched next year as a 2016 model. The design follows in the vein of the brand's KODO - Soul of Motion design language and it also features their SKYACTIVE technology.

Riding on a new rear-wheel-drive architecture, the new MX-5 Miata is 105mm shorter, 20mm lower and 10mm wider than its predecessor. A strict weight watchers diet results in a lower kerb weight in comparison to the current model with a loss of 100kg (220lbs).

A choice of two direct-injection petrol engines will be available at launch with displacements of 1.5-liters and 2.0-liters and they will be joined by the SKYACTIV-MT six-speed manual transmission. We are yet to be informed of their power production figures, but it is believed to be around 140hp and 200hp respectively.

These aforementioned engines are positioned further back on the model to give a perfect 50:50 weight balance whilst simultaneously lowering the center of gravity to achieve improved driving dynamics.

Further details are expected to be released closer to the launch.