Because the best version of a car is always the next one, Land Rover is already talking about a hotter Defender that would be positioned above the V8 model introduced a couple of weeks ago. In an interview with Australian magazine Carsales, the man calling the shots at JLR's Special Vehicle Operations division hinted at the prospects of an amped-up SV or SVX derivative of the reputable off-roader.

When asked why the Defender V8 doesn't carry either of the two suffixes in its name, Michael van der Sande explained it lacks the "amount of technical changes you would expect on an SV product." His biggest clue regarding a potential new range topper for the Defender lineup came next when he was asked whether there would be a go-faster model: "Our purchase of Bowler last year was very intentional."

He went on to explain the reasoning behind the decision to purchase the Defender specialist, mentioning JLR was "slightly underrepresented in performance off-roading." This possible flagship is likely to focus on strengthening the SUV's capabilities off the beaten path rather than just simply adding power. After all, the Defender V8 already pumps out 518 hp (386 kW) and 461 lb-ft (625 Nm) from its supercharged 5.0-liter V8, so it's certainly not lacking in the power department.

It goes saying the starting price would significantly increase over the regular Defender V8, which already isn’t exactly cheap. The smaller two-door 90 begins at $97,200 while the bigger four-door 110 will set you back $100,400, and that’s before the destination charges. It’s too soon to say upon which body style a Bowler-prepared version would be based but expect it to cost well into six figures. For the sake of comparison, a Mercedes-AMG G63 retails for $156,450 before options.

Before the Defender gets Bowler's off-road treatment, Land Rover will extend the SUV's lineup with the long-awaited 130 model. Due within the next 18 months, the family-friendly specification will add a more useable third row after stretching the body to 201 inches (5.1 meters) while retaining the Defender 110's wheelbase. In addition, a pickup truck could follow at one point as the Tata Motors-owned brand wants to greatly diversify the Defender family to attract a wider customer base.

The Meanest Defender Of Them All (So Far): 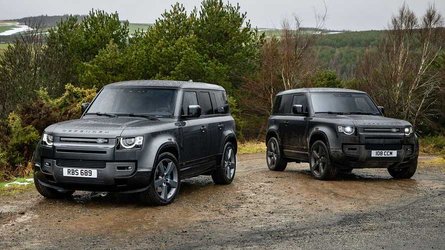 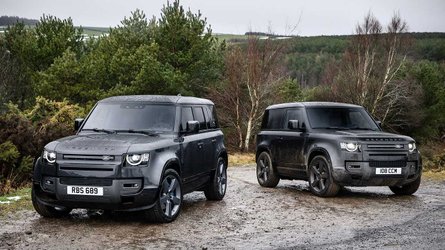