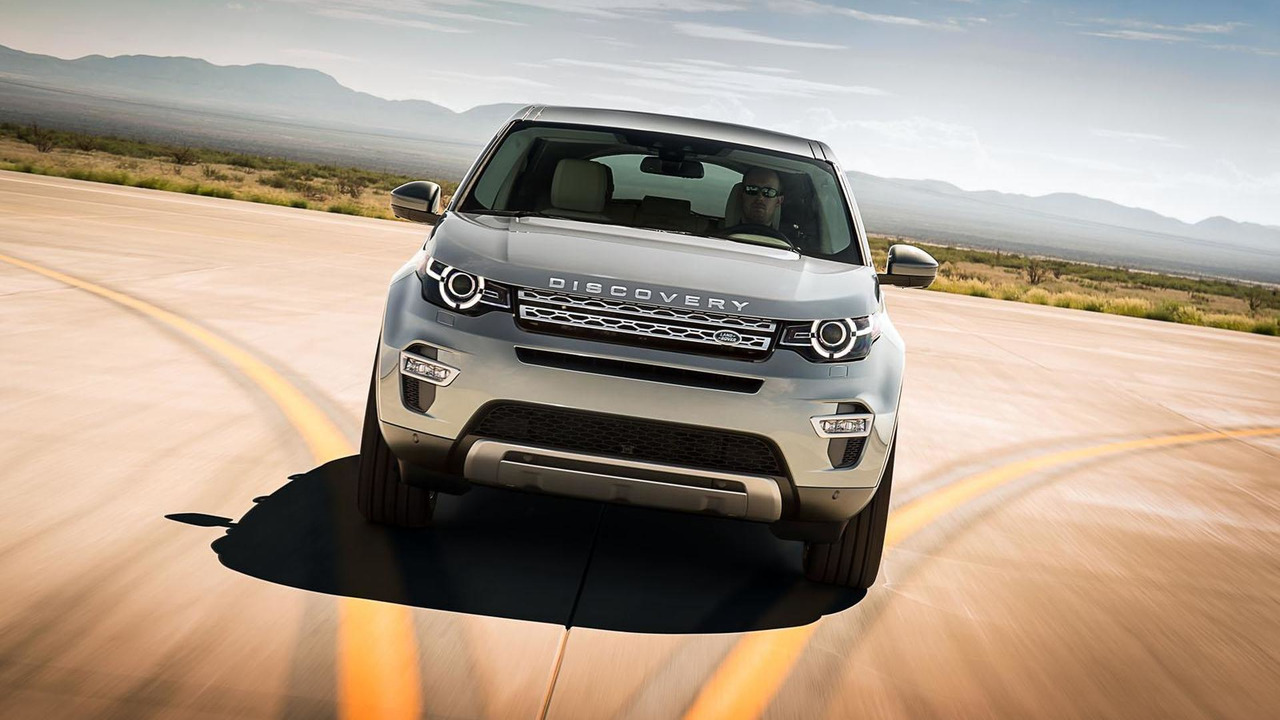 Previewed by the Discovery Vision concept, the Discovery Sport features a familiar design which is heavily influenced by the Range Rover Evoque.  The styling similarities might put some people off but the Disco has a slender two-bar grille, LED fog lights and a rakish C-pillar.  The crossover also features an acoustic laminated windshield, front fender vents and front / rear skid plates. Higher end variants will also come with xenon headlights with integrated LED daytime running lights.

The interior is a little plain but features a multi-function steering wheel, gloss black accents and metallic trim.    There's also analog gauges and an infotainment system with an 8-inch display.  The crossover also features a 60/40 split second row that can recline and slide rearward by up to 6.3-inches to provide an impressive 39.8-inches of rear seat legroom.  Those looking for more room can order the optional third row seat which folds into the floor.  Unfortunately, it isn't very accommodating as Land Rover suggests you limit it to "occasional usage."

Detailed specifications where not released but US variants will come nicely equipped with leather upholstery, a dual-zone climate control system and a 10-speaker audio system - among other things.

Speaking of the United States, American models will be powered by a turbocharged 2.0-liter engine four-cylinder engine that develops 240 bhp (179 kW) and 250 lb-ft (338 Nm) of torque.  It will be connected to a nine-speed automatic transmission and a standard all-wheel drive system.

In Europe, there will also be a 2.2-liter SD4 turbodiesel engine producing 190 PS (139 kW).  It can be paired to a six-speed manual transmission or the aforementioned nine-speed automatic.

Land Rover was coy on additional specifications but confirmed the model has a lightweight body shell that uses high-strength steel, ultra high-strength boron steel and aluminum.  The hood, roof, front fenders and tailgate also constructed out of aluminum to reduce weight.

Despite being geared towards soccer moms, Land Rover says the model is still a proper off-roader as it has 8.3-inches (212mm) of ground clearance and approach, departure and breakover angles of 25, 31 and 21 degrees, respectively.  The baby Disco can also scale gradients of up to 45 degrees.

The Land Rover Discovery Sport will be launched early next year and U.S. pricing will start at $37,995.