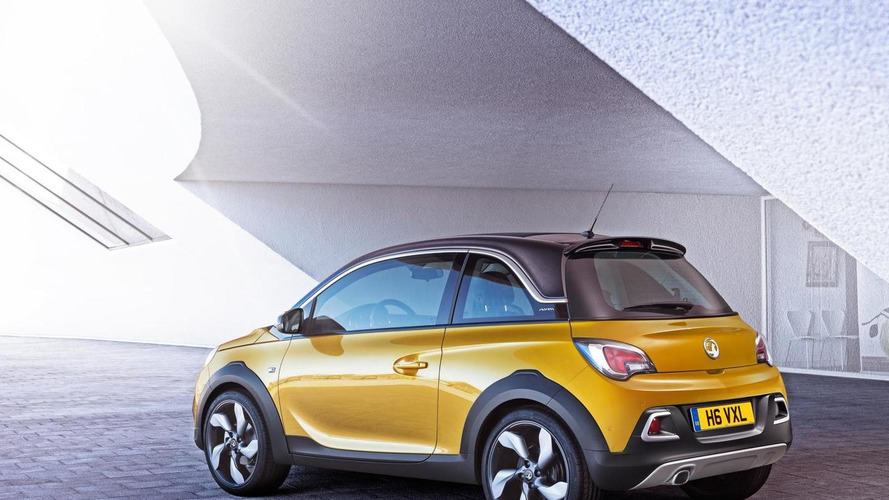 The Vauxhall ADAM ROCKS A-segment crossover arrives on British shores this month with a starting price of £14,695.

The Vauxhall ADAM ROCKS A-segment crossover arrives on British shores this month with a starting price of £14,695.

In comparison to its standard sibling, the ADAM ROCKS is wider and taller while also benefitting from more rugged off-road looks. It features a electric folding canvas roof that folds back to the C-pillars with the touch of a button in roughly five seconds.

Power is provided courtesy of a newly developed three-cylinder 1.0-liter turbocharged gasoline engine delivering 115 HP (85 kW) and 122 lb-ft (166 Nm) of torque. to the front wheels with help from a new 6-speed manual gearbox. Using the all-new six-speed manual gearbox, the crossover can accelerate from zero to 100kph (62mph) in 9.9 seconds.

Additional engine options include four-cylinder 1.2-liter and 1.4-liter units producing 87HP and 70HP respectively which are mated to a five-speed manual transmission system.