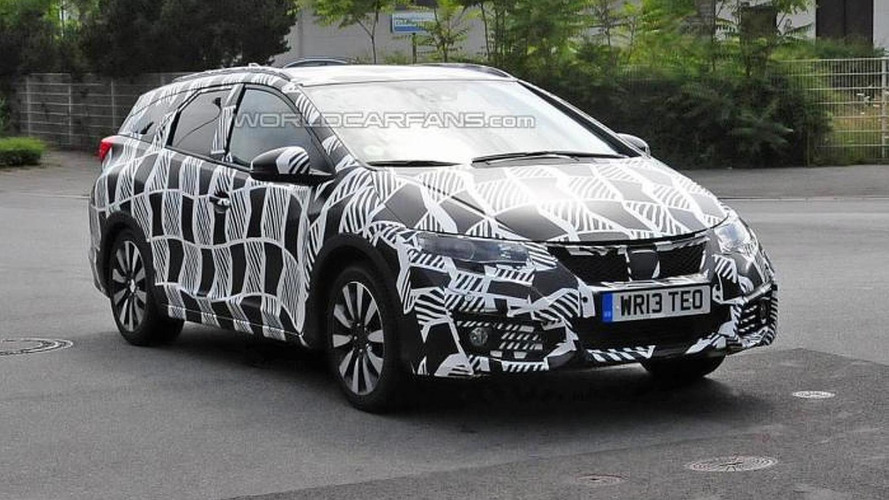 Initially, Honda didn't plan a wagon version of the latest generation Euro-spec Civic but to satisfy customer demand last September at the Frankfurt Motor Show the Civic Tourer was unveiled, approximately two years after the hatchback. The latter is about to receive a facelift and Honda has decided to apply the same treatment onto the more practical version which comes with the largest trunk in its segment, offering a capacity of 624 liters.

Both of them will carry over some of the styling cues seen on the exciting Civic Type R concept but obviously toned down. Most of the tweaks will be in the front fascia where we expect a different grille and revised air inlets while at the back upper-spec models could gain LED taillights.

Honda could decide to show the updated European Civic range as early as next month at the Paris Motor Show. If that won't happen, look for a March 2015 launch at the Geneva Motor Show.