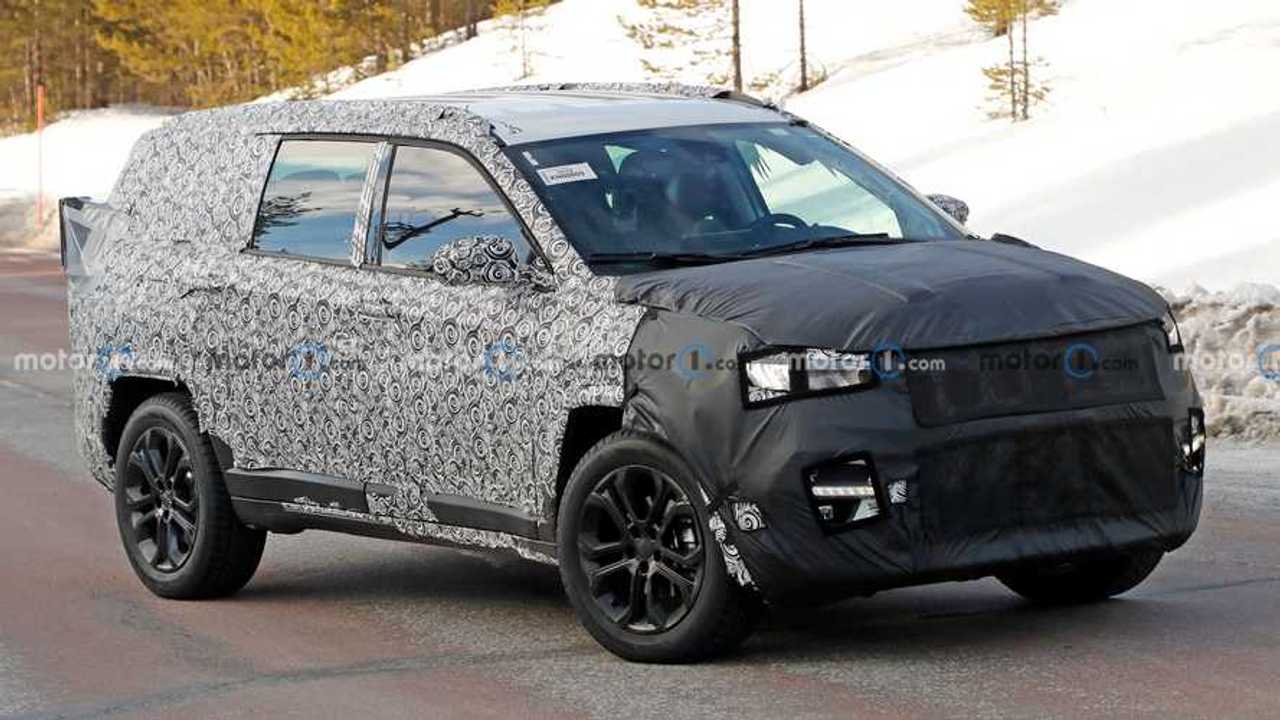 It's based on the Compass but will have a different name.

This marks just the second time we've spotted this curious crossover from Jeep, but these fresh spy photos serve an important purpose. Our first glimpse caught a vehicle draped in heavy camouflage, but now we can clearly see Jeep's seven-bar grille behind lighter covers. We also easily see the stretched backside of this compact CUV which hides a third row of seats. But don't call it a Grand Compass, or even a Compass for that matter.

There's still much we don't know about this new seven-seater, but we do know it's basically a stretched Compass despite the name game. Our sources say it's based on the current Compass, and it will share design cues both inside and out with the familiar two-row model. It won't be a carbon copy – we can see shades of the new Grand Cherokee peaking through the front-end camouflage, specifically with the LED lamps at the corners of the front fascia. The wheel arches have the chunky Compass shape, however, and looking very closely at the back, we can make out the up-angled D-pillar glass that's also a Compass trademark.

Under the hood, we're hearing this seven-seater could get a turbocharged 2.0-liter diesel good for approximately 200 horsepower (149 kilowatts), turning all four wheels through a nine-speed automatic transmission. Front-wheel-drive models could have a smaller turbocharged 1.3-liter gasoline mill making 180 hp (134 kW), also using the nine-speed auto. If some of this sounds familiar, the current Compass offers 180 hp and a nine-speed transmission, though it uses a 2.4-liter engine.

More On The Seven-Seater Compact Jeep:

As for what this compact three-row will be called, we're still completely in the dark on that. It's also questionable as to exactly where this not-a-Compass people mover will be offered. With the Jeep Grand Cherokee L and forthcoming Grand Wagoneer slated for US buyers, it's possible this smaller offering could be relegated to other markets. Either way, we should know something later this year, as we expect a full reveal by the close of 2021.