It should debut in the middle of this year.

It’s easy to lose the Kia Niro in the expansive sea of affordable crossovers, though the relatively new model is already getting a new generation. Spy photos first appeared of the updated model, covered in camouflage to conceal its new look, late last year, and a new batch of spy shots shows that Kia is continuing its development.  However, the test vehicle retains the thick cladding and wraps used to conceal the other test vehicles.

Previous spy shots have shown – barely – the crossover’s shark-nose front end, which Kia previewed on the 2019 Habaniro concept. But the latest photos show the front now wearing a bit more cladding that hides the front end’s finer design details. It’s the same news at the rear, with a massive bulge of cladding covering the hatch. Visible through the cladding is the crossover’s new taillight design, which appears to mimic the design of those seen on the Habaniro concept.

We’ve yet to see the interior, though it should receive a thorough update just like the exterior. The current Niro sports a typical in-dash infotainment system in an otherwise conventional cabin. The recent influx of bigger screens in new vehicles, especially hybrids and all-eclectic ones, may infect the new Niro, too, as Kia offers it with a trio of powertrains – gas, plug-in hybrid, and electric. The company is expected to continue offering each, though it’s unclear if all three will be available in every market. 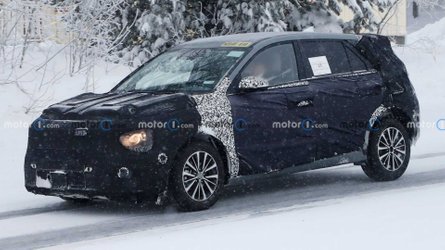 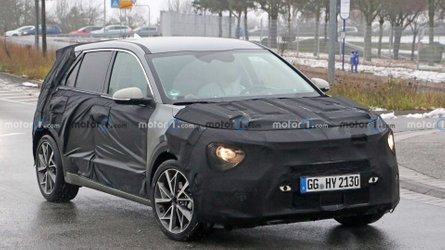 Kia updated the Niro for the 2020 model year, so we don’t expect the Korean automaker to reveal the new next-gen Niro anytime soon. Kia will likely pull the covers off the new crossover later this year – likely sometime in mid-2021 – before it goes on sale as a 2022 model. A new design with the latest tech could help the Niro rise above the rest of the available crossovers.