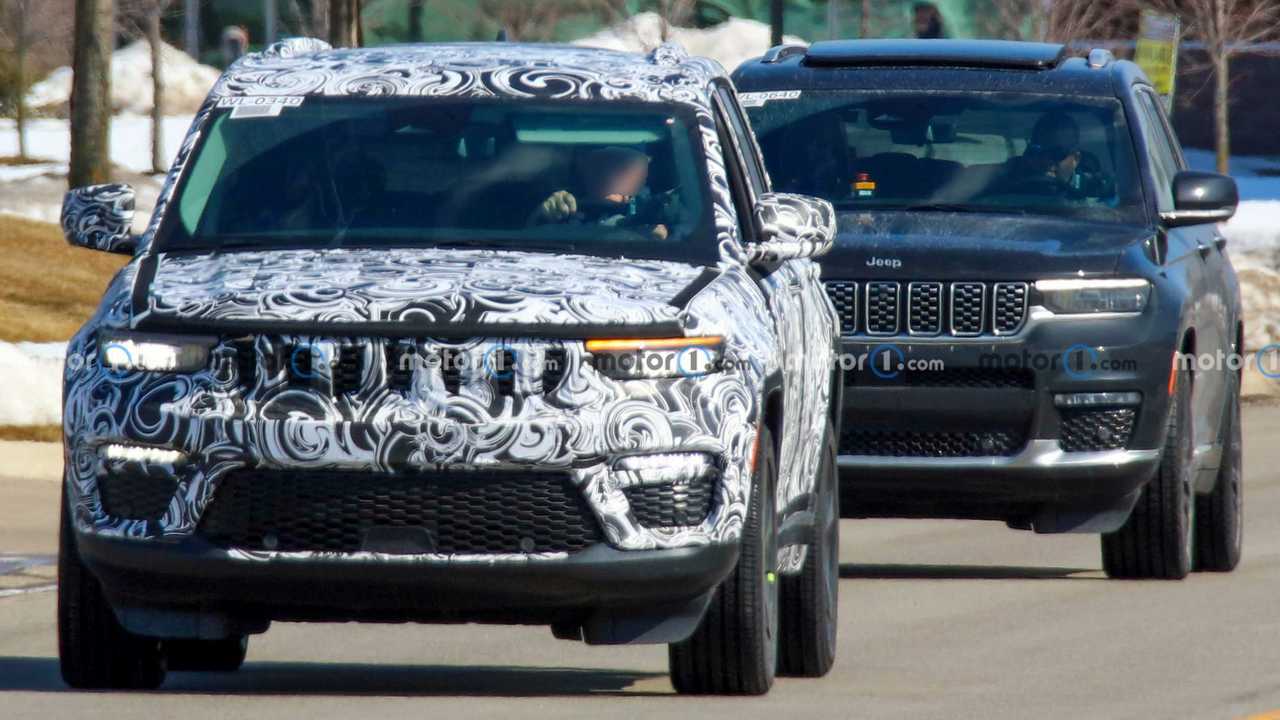 It won't simply be a Cherokee L with fewer seats.

The new Jeep Grand Cherokee L debuted its three-row body back in January, but the current-generation SUV soldiers on for 2021 in its familiar two-row format. Jeep said the five-passenger model would come later, but it won't be a carbon copy of the Cherokee L. New spy shots capture a standard Cherokee prototype in public with the larger L, giving us an easy comparison between the two.

The overall styling is obviously the same, but we can easily see the five-seater wears a different front fascia. Whereas the Grand Cherokee L is rather squarish, the standard model is more angular with its corner vents slicing into the fascia. The lower grille mirrors the angle on the vents, and we suspect the upper grille is a bit larger as well. It might also be rounder on the edges compared to the Grand Cherokee L.

Interior and powertrain options should mirror the Grand Cherokee L, so we aren't expecting any surprises on that front – at least to start off with. A Grand Cherokee 4xe hybrid will join the lineup, but it likely won't be part of the new Grand Cherokee debut. Speaking of which, don't expect a long wait to see the five-seater version. With its bigger brother already revealed, we will see the standard version debut later this year and go on sale as a 2022 model.

Looking Into The Grand Cherokee's Future: