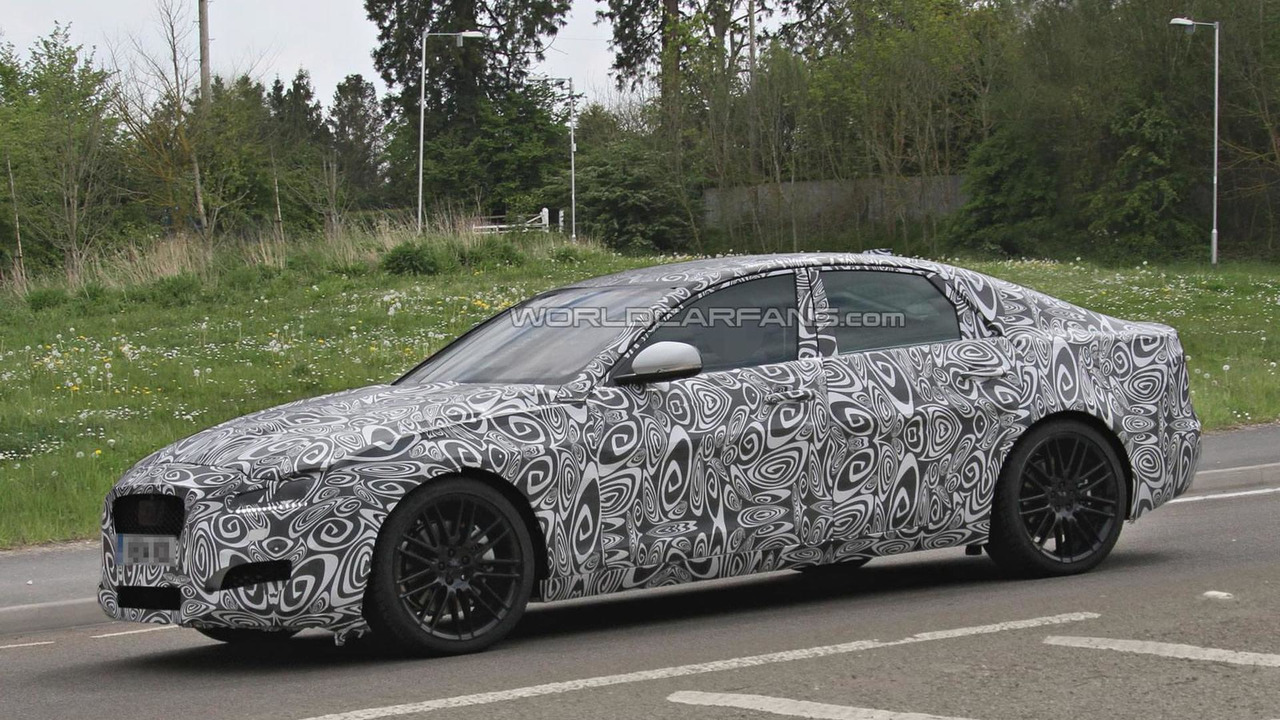 The second generation Jaguar XF has been spied for the first time while undergoing testing ahead of a planned 2016 release.

The second generation Jaguar XF has been spied for the first time while undergoing testing ahead of a planned 2016 release.

Jaguar is busy right now putting the finishing touches on the 2015 XE baby sedan but as you can see work has already started on the larger XF which in a couple of years will reach second generation. The new XF is bound to grow in size in order to distance itself from the XE so the stretched wheelbase will grant more room inside the cabin, especially for rear passengers who will enjoy the additional legroom.

The second-gen XF is currently in its early development stage so it shouldn't come as a surprise the prototype seen here is wearing a full body camouflage. However, we still get to see the LED daytime running lights which look quite similar to those fitted onto the upcoming XE. At the back, it seems the XF will adopt an Audi A5 Sportback-like liftback configuration replacing the current model's regular sedan trunk opening. Both the XE and second-gen XF will ride on Jaguar's newly developed lightweight iQ[Al] platform which will also underpin a production version of the C-X17 concept crossover.

As a result of making the switch to an all-new platform, we won't be too surprised if the 2016 Jaguar XF will lose as much as 100 kg (220 lbs). Both rear- and all-wheel drive systems will probably be available and matched with an updated variant of the 9-speed gearbox developed by ZF and implemented first in the 2014 Range Rover Evoque.

The second generation Jaguar XF will likely be introduced in 2016 at a major auto show.