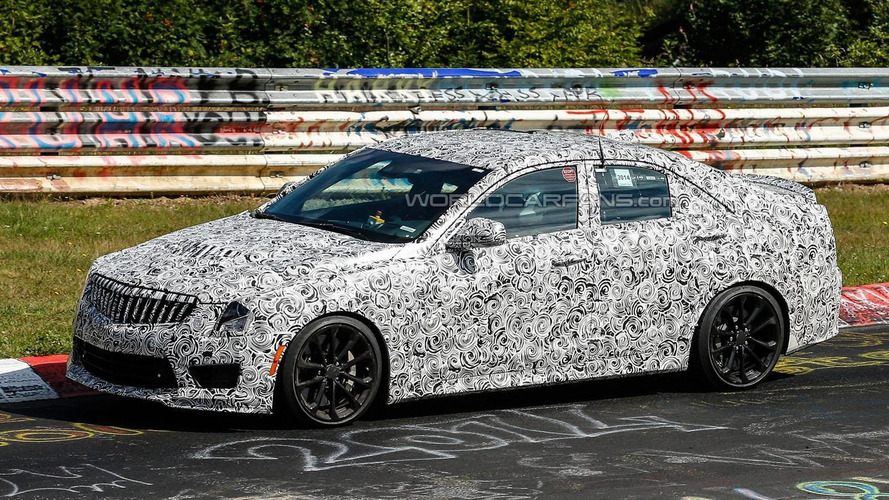 Cadillac has announced the 2016 ATS-V Sedan will be introduced in the second half of November at the Los Angeles Auto Show.

Cadillac has announced the 2016 ATS-V Sedan will be introduced in the second half of November at the Los Angeles Auto Show, thus confirming a rumor which emerged earlier this month.

We've seen the new ATS-V Sedan in numerous spy photos and videos so far and now Cadillac is almost ready to finally show the menacing sedan which promises to battle with the BMW M3 (F80) and the upcoming Mercedes-Benz C63 AMG. Besides packing an aggressive body kit, the ATS-V Sedan will feature a power bulge, rear diffuser, beefier brakes and a large rear spoiler along with four exhaust pipes and larger alloys.

Under the hood it will likely get a V6 3.6-liter twin-turbo engine generating around 420 bhp (313 kW) and 430 lb-ft (582 Nm) of torque sent to the rear wheels through an eight-speed automatic transmission, with the possibility of opting for an all-wheel drive arrangement at an additional cost.

At the Los Angeles Auto Show which starts on November 18 with the first press day, Cadillac will bring only the ATS-V Sedan as the Coupe will premiere next year.