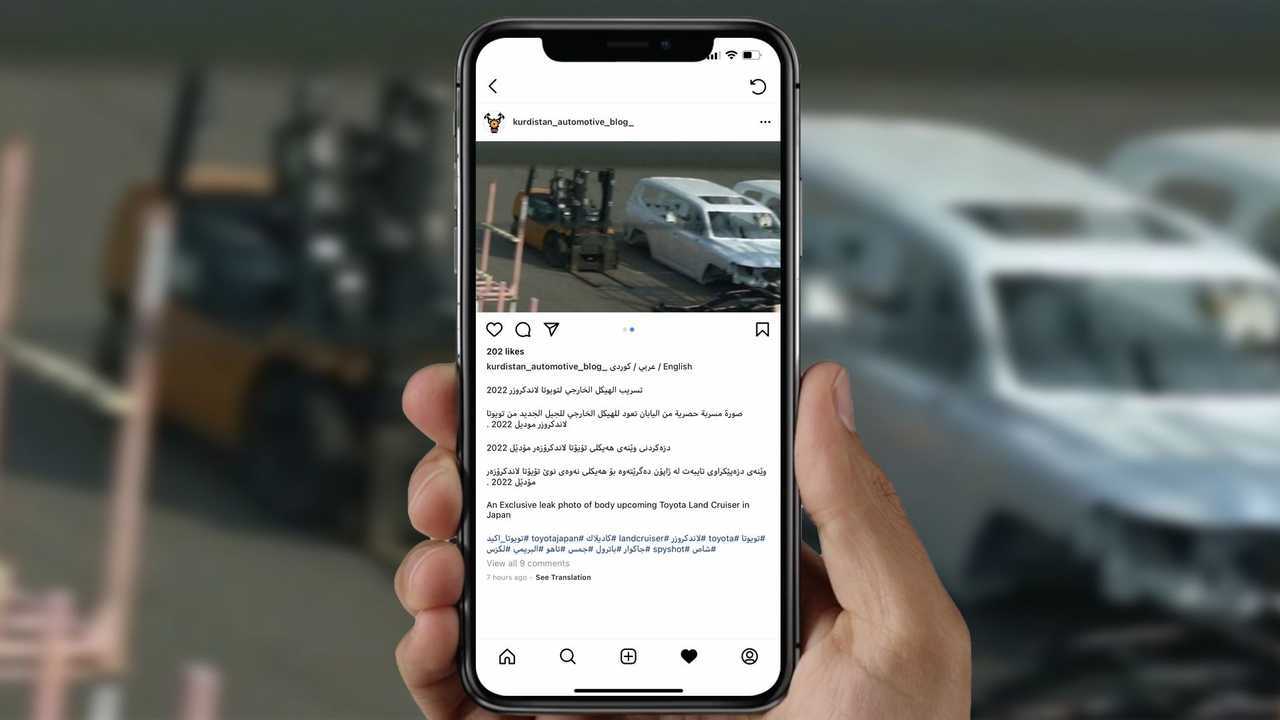 The alleged carryover chassis has been spotted as well.

A new Toyota Land Cruiser is upon us. And if we take the previous reports as truth, we could be looking at the new body of the Japanese SUV on these leaked images posted by Kurdistan Automotive Blog on Instagram.

According to the caption that comes with the images, the bare SUV bodies below were spotted in Japan, looking like they're sitting within the factory. Check the second image by swiping right on the embedded post below for a closer look.

The bare Land Cruiser body you saw above wasn't the only thing that leaked out. The chassis has also been spotted with the engine installed on it, as well as the alleged Land Cruiser doors. We embedded the other post below, but make sure to go through all the images so you'll have a view of the different angles of the ladder-frame chassis.

It's important to note that reports from last year said that the upcoming 2022 Toyota Land Cruiser will sit atop the current platform of the outgoing 200-series model. That rumor was from Japan's Best Car, which stipulated that Toyota has already advised dealers about the new SUV. The new-generation model, however, will get an extensive overhaul in other areas such as engines, drivetrain, and suspension.

What's In Store For The Land Cruiser?

Toyota Land Cruiser Axed In The US After 2021

There have been conflicting rumors about the Land Cruiser's future in the US. One report from Road & Track back in December said that the Japanese SUV will be axed for the US market after 2021. A January report, however, said that the Land Cruiser could be sold in the US again a few years after the alleged April 2021 global debut, most likely will come with three V6 engine options in tow.

Then again, let's all take these reports with a healthy dose of skepticism. April is just around the corner anyway so we'll know the truth soon enough.