Looks good but has close to zero percent chances of happening.

The new Nissan Qashqai introduced a sharper design for the global compact crossover and brought tech upgrades on all fronts. The most powerful version of the Rogue Sport’s European brother has 187 horsepower (140 kilowatts) and 243 pound-feet (330 Newton-meters) of torque. While decent, this output is nowhere near the potential of modern performance SUVs.

We haven’t heard anything about a sportier version of the new Qashqai yet. While a slightly more powerful model seems possible in the future, we highly doubt there will be a full-blown Nismo variant. That doesn’t mean we can’t dream of a Qashqai Nismo, right?

The Previous Renderings Were Pretty Close:

Designer X-Tomi comes to help our imagination with a new rendering showing a performance version of the Qashqai / Rogue Sport duo. It features a two-tone exterior finish with Nismo’s distinctive contrasting red stripes adorning the front bumper diffuser and the side skirts. The crossover’s standard bumper seems to be a nice fit for the performance version as it carries over to this rendering without significant tweaks.

Six-spoke black rims hide massive brakes with red calipers. The track appears to be slightly wider than on the actual vehicle and the model sits slightly lower to the ground. The final touch looks to be the blackened V-shaped grille on the front fascia, matching the diffuser and skirts. 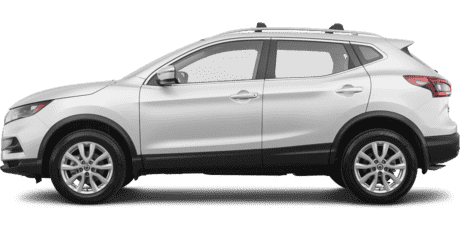 With electrification playing a major role in the new Qashqai’s engine lineup, and if you let us speculate for a minute, we’d suppose a Qashqai Nismo could get a plug-in hybrid system with two electric motors and a small turbocharged combustion engine. That would give the Nismo-tuned crossover an all-wheel-drive capability and a better weight balance.