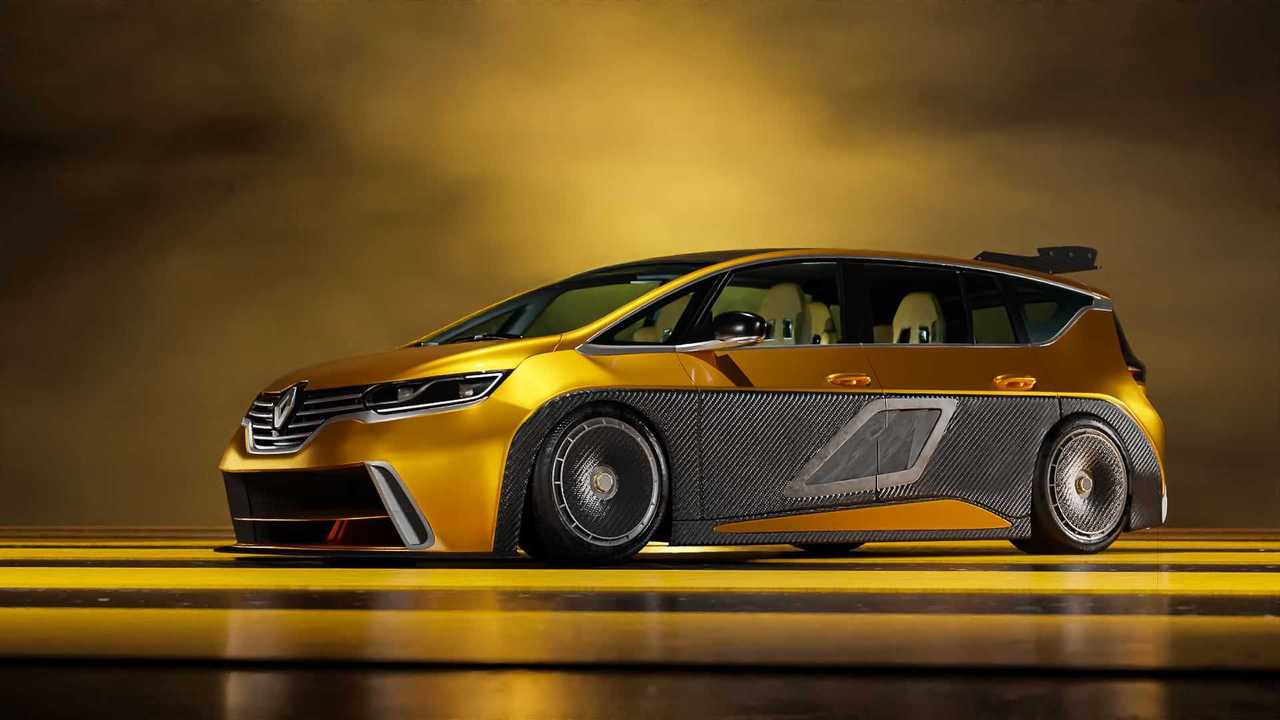 The V10 family hauler is back... in Photoshop.

Renault took the 1994 Paris Motor Show by storm with the unveiling of what is arguably the most ludicrous minivan ever built. We’re using “ludicrous” in the most positive way possible as the one-off Espace F1 had a lot going for it. Built to celebrate the minivan’s tenth anniversary, the impressive build was co-developed with Matra as a mid-engined family hauler with a V10 taken from a Formula 1 car.

The spirit of the Espace F1 is alive and well some 27 years later as a talented artist has resurrected the rear-wheel-drive minivan with its 3.5-liter engine producing up to 820 horsepower. If you recall, the original concept had the powertrain sourced from the 1993 Williams-Renault FW15C Formula 1 car and used a carbon fiber body to keep weight down to a low 2,866 pounds (1,300 kilograms).

The adjacent rendering is based on the latest Espace, an endangered model in Renault’s lineup as the minivan could bite the dust as a victim of the SUV boom. We’d argue the digital design exercise is a faithful interpretation of the theme behind the 1994 concept, adapted to the modern styling of the current Espace and combined with some fresh original cues.

A true Espace F1 successor would be branded as an Alpine following Renault’s decision to change the name of its Formula 1 team for the upcoming season. Back in the day when the concept was unveiled, the team was known as Williams-Renault and went on to triumph in the 1994 season with 118 points, beating Benetton-Ford (103) and Ferrari (71).

If the Espace is really going away, a revival of the F1 concept would be one heck of a swan song. It would swap out the screaming V10 NA engine for an electrified 1.6-liter V6 turbo with roughly 1,000 horsepower. Fun fact – the original concept’s longitudinally mounted V10 sat between the rear bucket seats.

As a final note, it’s worth mentioning the Espace F1 was not the only mid-engined, rear-wheel-drive minivan of its day as the first-generation Toyota Previa launched in 1990 had the supercharged engine installed below the front seats. The quirky minivan was also offered with AWD before being replaced in 2000 by the second generation with a traditional front-engine, FWD setup.