Case closed for The Boss.

Bruce Springsteen was in hot waters earlier this month as charges against him in November surfaced just days after his Jeep Super Bowl LV ad was released. Because of that dispute, Jeep had to take down the video – at least until the investigation comes to a conclusion.

According to a report by CNN,  the rock icon pleaded guilty to consuming alcohol at Sandy Hook National Recreation Area in New Jersey. The Boss, in a virtual conference before New Jersey Federal Court, said he had two small shots of tequila.

But those two shots weren’t enough to charge Springsteen with DUI. His BAC reading was .02, which was well under the legal limit of .08 and enough for the court to drop the DUI charges. This prompted Jeep to re-issue the Super Bowl LV commercial.

In a statement to Adweek, a Jeep spokesperson said that they had to pause the commercial until the facts were established. The issue is now resolved, so they are bringing the 120-minute back on the air.

Here's the ad again, re-uploaded by Jeep just a few hours ago.

Springsteen has a clean criminal record and a relatively spotless driving record since 1973. During the hearing, the 50-year-old driving abstract only showed three violations – two of which "aren't even violations" while the third one was using a cellphone while on the road.

"Rarely would you see a driver's abstract so devoid of any entries as I see before me, Mr. Springsteen," said Judge Anthony Mautone.

In CNN's report, a person close to Springsteen said that he took the shots of tequila with fans after a photo op. The only thing that the singer's guilty of was the consumption of alcohol within the park – a federal offense to which Springsteen was fined $500 plus $40 in court fees.

Let's Move Forward, Shall We? 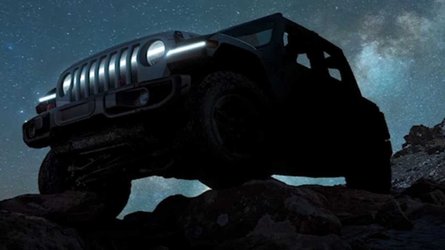