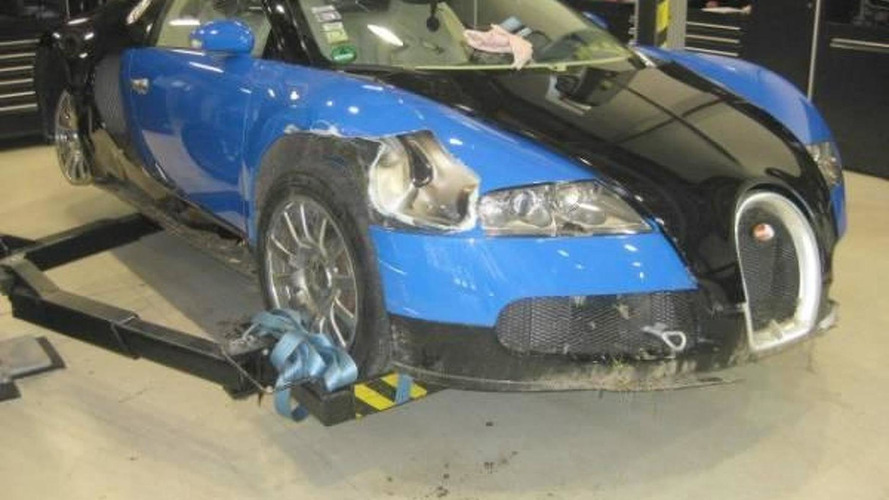 A Bugatti Veyron has gone is up for auction with a current bargain price of just over 230,600 Swiss Franks (at time of writing) which works out to just over $252,000 or €190,000. Not bad for a car that normally costs in excess of $1 million. The only catch is it has got some heavy damage that will likely need some extensive work to fix.

As we reported back in Arpil, this black and blue liveried Bugatti Veyron crashed on an Austrian highway somewhere between the cities of Seebenstein and Grimmenstein.

A total of 31924 km have been completed in the hypercar since it was produced early in 2008. The auction states it has damage to the front, rear, both doors and you can get a closer inspection at it from the attached pictures.