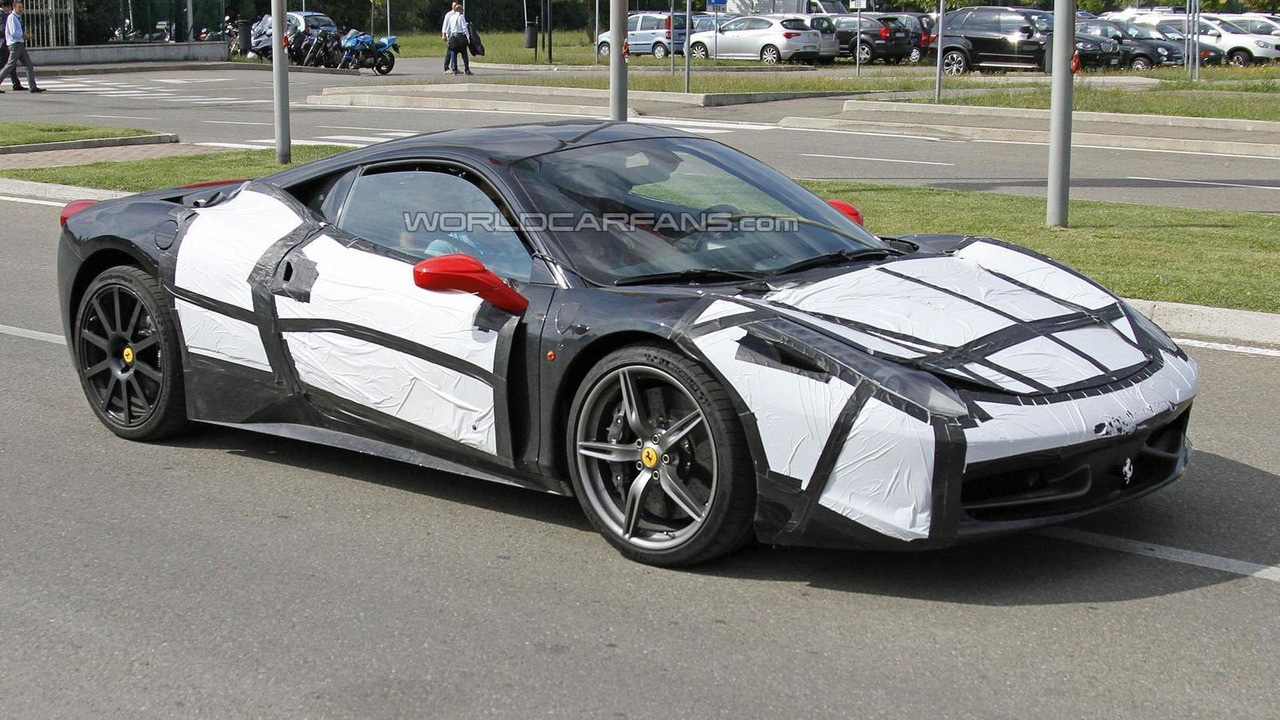 We've been hearing about the Ferrari 458 M for months but here are the first spy photos of the upcoming model.

We've been hearing about the Ferrari 458 M for months but here are the first spy photos of the upcoming model.

Caught wearing a 458 Italia body, the prototype looks fairly ordinary until you get to the rear end and notice the car has a dual exhaust system instead of the usual center-mounted triple exhaust. The system appears to be hastily mounted, so it remains unclear if it will carry over to the production model.

While we can't see too many changes, there should be plenty as previous reports have indicated the car will use a twin-turbo 3.8-liter V8 engine that develops approximately 670 bhp (500 kW). If this number pans out, the car will be 108 bhp (80 kW) more powerful than its predecessor which can accelerate from 0-100 km/h in less than 3.4 seconds and hit a top speed in excess of 325 km/h (202 mph).