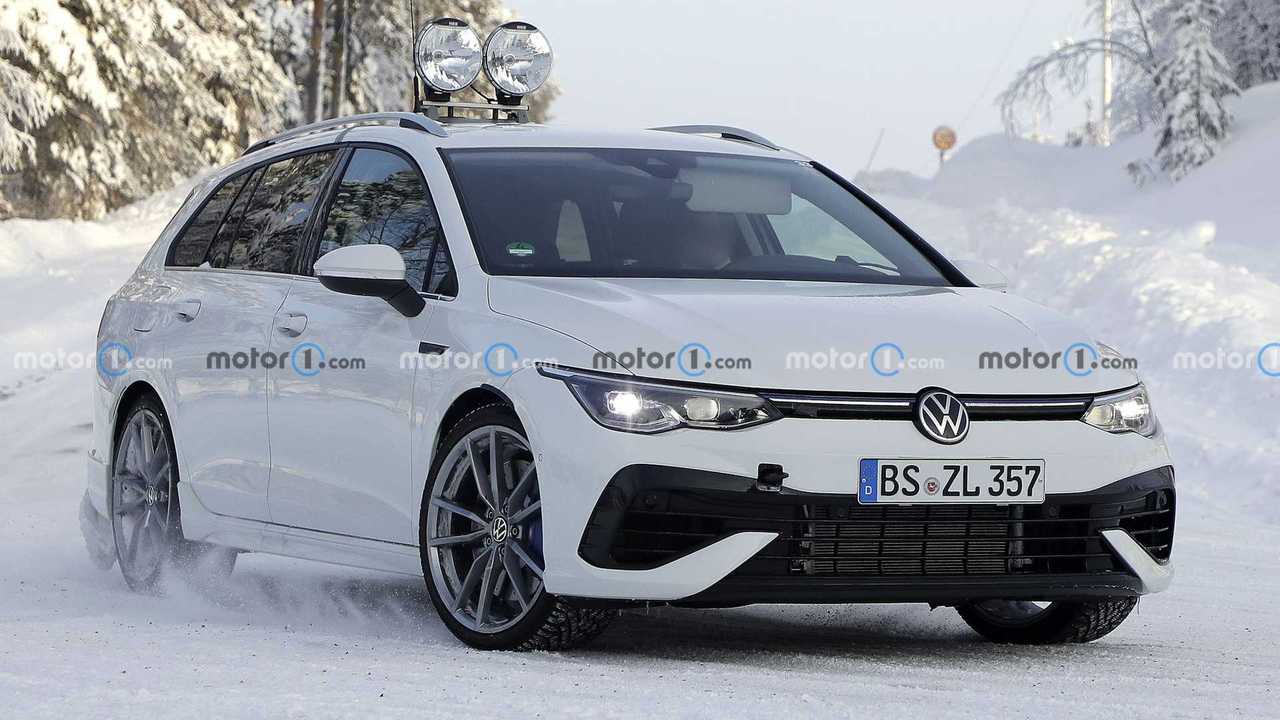 Volkswagen’s lineup of sporty models will soon expand with a long-roofed variant. Spy photos of the performance-oriented 2022 Golf R wagon first appeared last October, followed by another batch of pics last month of a sportier-looking test vehicle out winter testing. Today’s spy photos show that the car is still playing in the snow-covered region of Northern Europe near the Arctic Circle without a lick of camouflage concealing it.

The Golf R wagon is everything but a secret. We know the wagon variant will pack the same powertrain as the 2022 Golf R hatchback – a turbocharged 2.0-liter TSI four-cylinder engine that produces 315 horsepower (235 kilowatts) and 310 pound-feet (420 Newton-meters) of torque. Power will route through a seven-speed dual-clutch automatic gearbox to the variant’s 4Motion all-wheel-drive system. The top speed is limited to 167 miles per hour (270 kilometers per hour), though a previous report stated that it had a 155-mph (250-kph) top speed. A sprint to 60 should take 4.6-4.7 seconds.

Stylistically, the wagon wears the hallmarks associated with the R badge. It features a lowered suspension and oversized wheels that help emphasize its sporty attitude. Those big wheels house large perforated brakes and blue-painted brake calipers. At the front, there’s a sportier front fascia with a bigger lower grille opening. The rear is just as subdued, sporting an otherwise ho-hum rear-end design above a stylized lower fascia and quad exhaust pipes, which are likely the optional Akrapovic exhaust spotted in previous spy shots.

The lack of camouflage, save for the small bit of tape covering the R badge at the back, makes us believe an official reveal is imminent. Volkswagen revealed the Golf R hatchback in November, which would mean the company has had the time to focus on finalizing the wagon variant. The VW Golf R wagon gives customers increased versatility paired with the same R performance of the small hatchback.