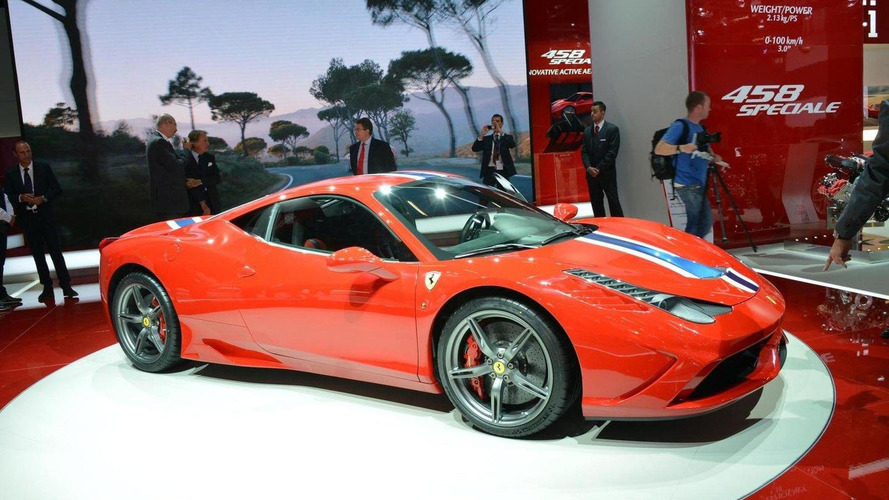 According to a recent report, only 458 examples of the Ferrari 458 Speciale Spider will be produced.

According to a recent report, only 458 examples of the Ferrari 458 Speciale Spider will be produced.

4WheelsNews says the vehicle, which is rumored for a 2014 Pebble Beach Concours d’Elegance debut, will probably not wear the Speciale Spider moniker, but the information is still unconfirmed. The car will be offered with two new wheel designs and with new stripes which are different from the ones found on the coupe version.

The report also says the machine will become the new fastest open-top sports model of Ferrari, at least until the LaFerrari Spider arrives. The interior of the Speciale Spider will gain new sports seats and carbon fiber mats. Reportedly, the supercar won’t be offered with the see through engine cover featured on the coupe version of the Speciale.