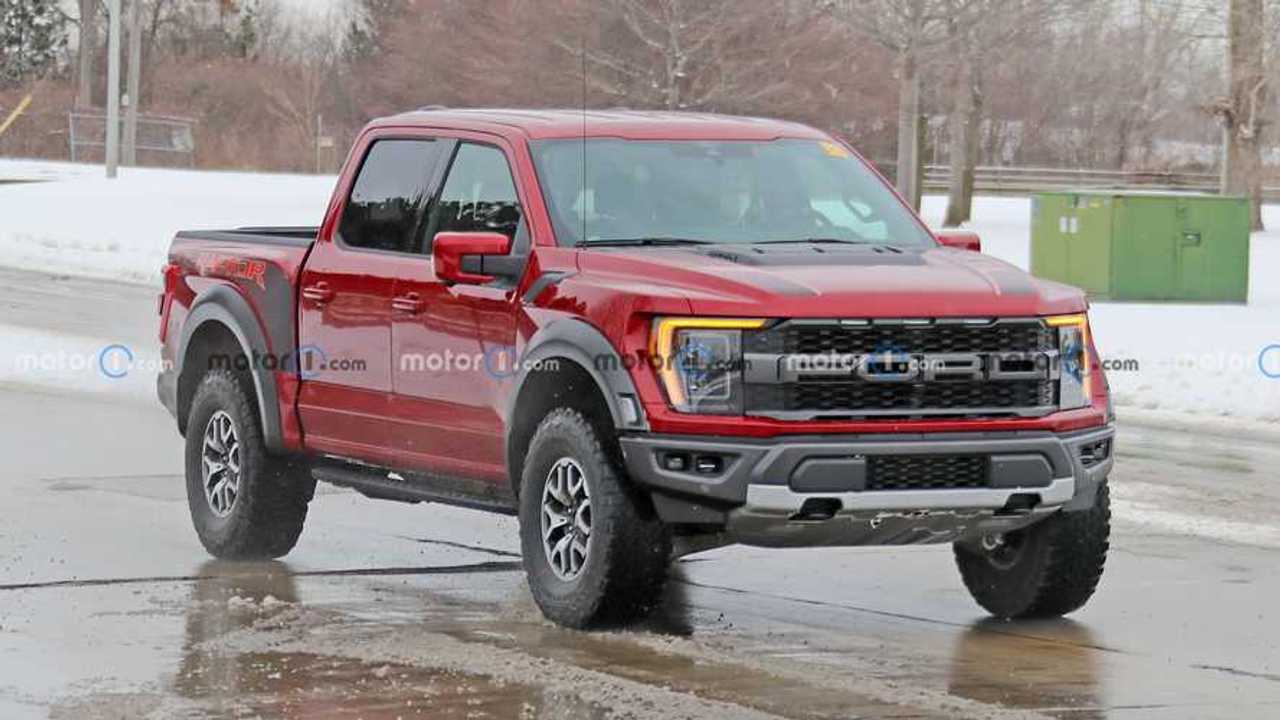 In early February, Ford finally unveiled the new F-150 Raptor. For now, the truck is available only with a V6 engine but a V8 option will join the range next year. Sales won’t begin until this summer with prices starting at around the $60,000 mark (or so we suppose), which means the automaker has several months to make sure everything is in top form before the sales kick off.

A new batch of spy photos shows what seems like a production-ready 2021 Raptor testing on public roads with Michigan registration plates. The prototype may look like a standard new Raptor but there are a few things worth talking about.

First, the wheels are new. The official press photos of the new Raptor showed black wheels with six V-shaped spokes and these new rims follow a similar design. The spokes are thicker though and feature what looks like a diamond-cut finish, creating a more premium overall look. The stylish wheels are wrapped in 35-inch tires - not the giant 37-inchers, which forced the automaker to modify its production lines.

Ford Explains Why 2021 F-150 Raptor Will Be SuperCrew Only

2021 Ford F-150 Raptor Does Not Have Independent Rear Suspension

Also worth noting is that this Raptor test vehicle features what appears to be a graphics package. At the front, it includes fat black stripes on the hood but the situation is more interesting at the back. On the side of the cargo bed, there’s a more interesting pattern with big Raptor lettering. Below that, the truck features the letters FP (for Ford Performance), the US flag, and the number 03, designating this is the third generation of the performance truck.

This new color scheme probably suggests the new Raptor will be available with several individualization options. We hope we will learn more very soon.