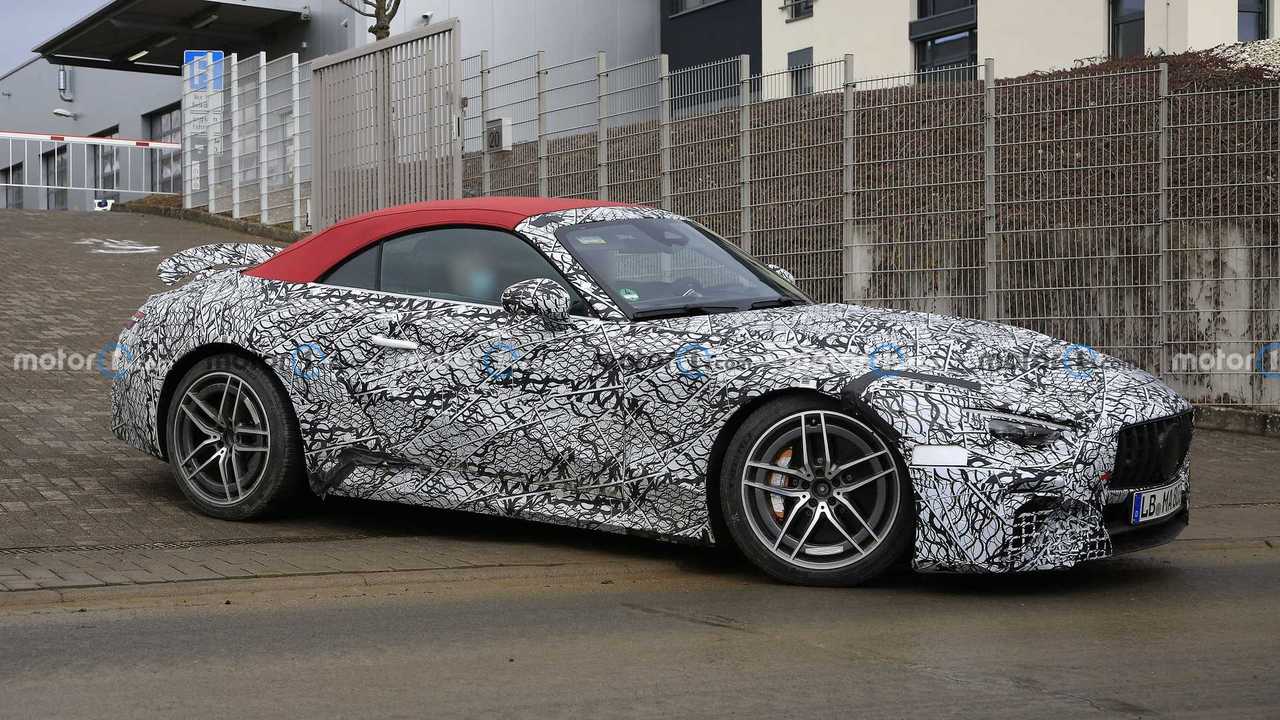 It should be even more beautiful without the mascara.

While some of us generally prefer hardtops over fabric roofs, we can all agree the new Mercedes SL is shaping up to be quite the looker. Caught in near-production form with virtually all the final exterior bits, the revamped roadster seems like a dramatic departure from the decade-old R231 generation. It’s been developed by AMG together with the new two-door GT Coupe likely coming after the convertible.

With the prototype rocking quad exhaust tips, we could be looking at a range-topping version. The Panamericana grille also suggests this is a high-end SL, seen here riding on 20-inch wheels with winter tires. While the car’s few exposed body surfaces reveal what looks like white paint, the underside of the active rear spoiler is actually finished in yellow.

The general feeling we’re getting is of a sportier two-seater cabrio rather than the luxurious grand tourer character of the current SL. If reports are to be believed, Mercedes is planning multiple versions of its next Sport Leicht, kicking off with a base SL 43 and going all the way up to an SL 73e 4MATIC+.

The range topper could have the same plug-in hybrid powertrain as the upcoming GT 73e, which is expected to offer roughly 800 horsepower. SL 53, SL 53e, SL 55 S, and SL 63 are also apparently planned. Only the entry-level trim level is expected to come with rear-wheel drive, with all the others equipped with an AWD system.

While Mercedes has been coy on details about the R232, the prototype looks just about ready to drop the final camouflage. It should mean an official reveal will take place in the months to come, ahead of a market launch estimated for the year or early 2022. When it does arrive, don’t hold your breath for the return of the V12 engine as the twin-turbo 6.0-liter will only survive in Maybach models.