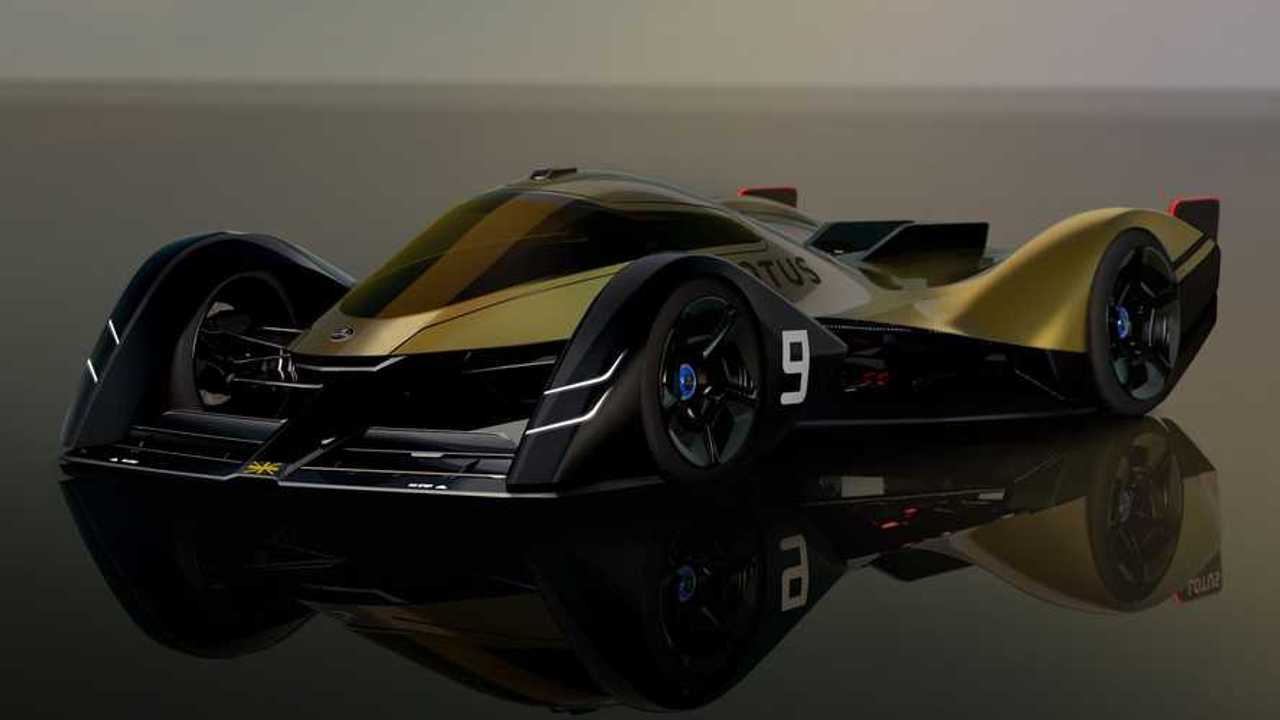 It’d look at home on the Le Mans starting grid.

Lotus is slowly getting its affairs in order as the company contemplates its transition to all-electric powertrains. The last combustion engine-powered Lotus will debut this summer as the company prepares to launch the electric Evija, too. However, Lotus is looking far into the future, imagining what an endurance racer could look like at the 2030 24 Hours of Le Mans, and creating the stunning Lotus E-R9 concept.

For now, it’s simply a design study and technology showcase with a fighter jet-style canopy and a delta-wing shape painted in black and gold. It features active aerodynamics, morphine body panels, and vertically mounted control surfaces that assist in high-speed cornering. Drivers can change the car’s shape on the fly, or the car can do it automatically with an array of sensors, allowing the car to achieve minimum drag on the straight and maximum downforce through the corners.

Lotus doesn’t detail the E-R9’s powertrain, though the company says it features all-wheel drive with each wheel powered independently. It also features torque vectoring, too, building off of the technology Lotus is using in the new Evija, though E-R9 drivers would be able to adjust it while on the move. Lotus believes that battery technology advancements over the next decade will see battery density and power continue to increase, giving rise to mixed cell chemistry batteries and the ability to hot-swap them during pit stops.

The E-R9 harkens back to the car’s iconic racing past, the 9 in the name referencing the Lotus MkIX the company fielded during its debut race at the 24 Hours of Le Mans. The company’s chief aerodynamicist Richard Hill and Lotus Evija principle platform engineer Louis Keer developed the futuristic racer, providing one glimpse at a very exciting and uncertain racing future. The racer incorporates technology the company fully expects to develop, too.