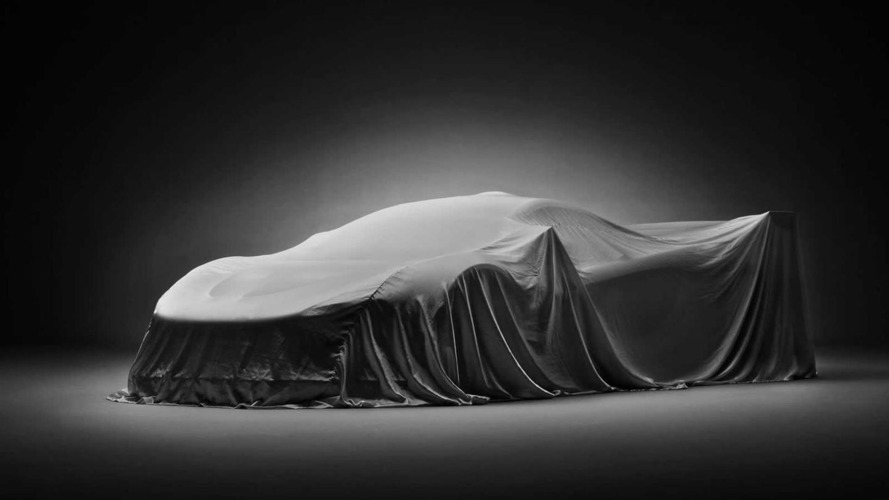 McLaren has released a final teaser of the P1 GTR set to make its official debut today at Pebble Beach at 18:00 EST.

McLaren has released a final teaser of the P1 GTR set to make its official debut today at Pebble Beach at 18:00 EST.

Set to be offered only to P1 owners, the track-only GTR will cost 1.98M GBP and will enter production in 2015 right after McLaren will complete assembly of the last 375 P1 unit. Output will be bumped from 916 PS to 1,000 PS and chances are it will all be wrapped around in a package weighing less than the P1 which tips the scales at 1,400 kg (3,086 lbs).

Besides the more power + less weight combo, the McLaren P1 GTR will adopt a more aerodynamically optimized body encompassing a big diffuser and an equally large rear wing. It will also feature significantly wider wheel arches housing beefier wheels while the side skirts will also be enlarged. Instead of the P1's trapezoidal center exhaust pipe, the GTR will have a dual round configuration mounted in the same place.

McLaren hasn't specified how many P1 GTRs will be built but they did say P1 owners willing to pay the 1.98M GBP price tag will also get the chance to participate in driving events "at some of the world's most iconic circuits with specialist vehicle support." They will also have access to the firm's racing simulators and will benefit from driver training from experts that "have helped develop and train Formula 1 champions." In addition, P1 GTR owners will be able to discuss with the company's driver fitness team as well as with design director Frank Stephenson.