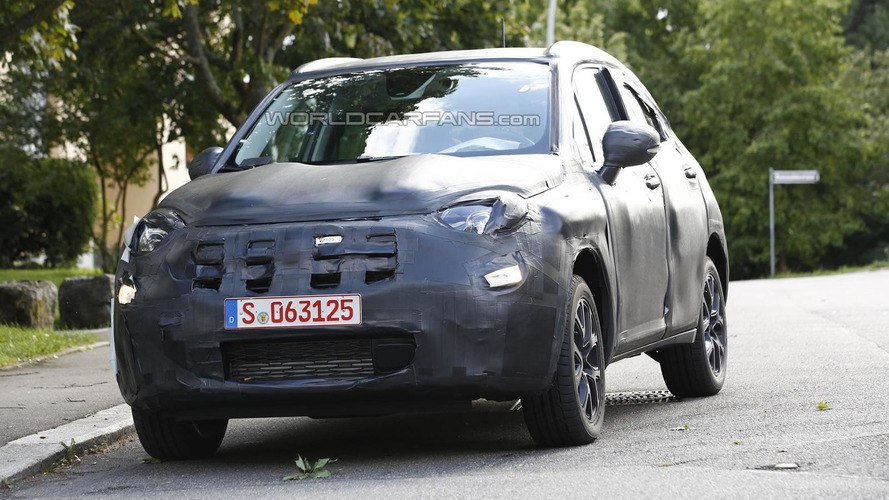 The Fiat 500X has been spied yet again ahead of an official reveal set to occur in the months to come.

The Fiat 500X has been spied yet again ahead of an official reveal set to occur in the months to come.

Jeep Renegade's Italian cousin was spotted on the streets of a little village in Germany during its final testing phase since the model is scheduled to be unveiled early October at the Paris Motor Show. Looking pretty much like a hatchback with an increased ride height, the petite crossover was being tested by Bosch and it will probably be offered with a 4x4 system like the 2015 Renegade from where it will likely borrow the engine lineup so expect a variety of MultiJet and Tigershark four-cylinder engines.

Unlike the Renegade which has a somewhat rugged appearance, the 500X will adopt a cuter design heavily inspired by the 500. The model will be produced at Fiat's Melfi plant in Italy where the Jeep Renegade is being put together.

European sales are slated to kick off sometime this fall while the U.S.-spec model is programmed to reach showrooms early 2015.