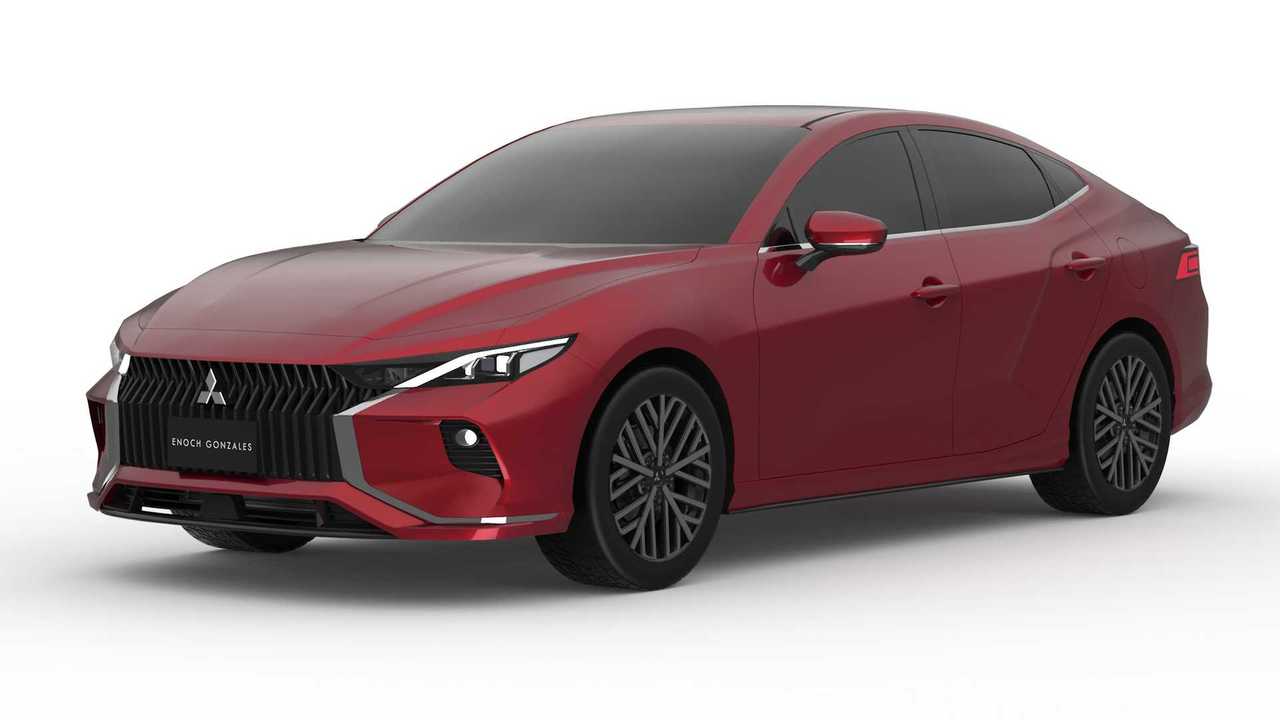 Mitsubishi feels a bit lost as an automaker. Its lineup has dwindled, and the brand has discontinued several models as consumer tastes shift, with one such victim being the iconic Lancer. We wouldn’t deny the feeling of excitement at the possibility of its return in the US. It’s been rumored for years, though all that’s ever materialized have been unofficial renderings. A new slate of them from artist Enoch Gonzales has us holding out hope again.

The new batch of renderings, an update of a design that Motor1.com covered five years ago from the same artist, give the sedan the latest Mitsubishi design aesthetic, which is quite aggressive. At the front, the Lancer sports a wide rectangular grille that blends into tiny thin-slit headlights, which look like the hood half covers them. They sit above the large fake intakes that house the fog lights. A stylized lower bumper lip gives it a touch of sportiness.

New Mitsubishi models have sharp body creases toward the rear of the vehicle, and the Lancer renderings include those, too, giving the sedan a prominent haunch over the rear fenders and a deep indent along the bottom of the doors. The rear-end look is surprisingly clean compared to the rear of the vehicle. A simple, full-width twilight element contrasts an otherwise sporty and subdued design. Black accents over the dual exhaust tailpipes help further enhance its sporty appearance.

Mitsubishi Dealer Says 2022 Outlander Has 'Next Level' Fit And Finish

Mitsubishi’s place and role in the Renault-Nissan-Mitsubishi Alliance will likely dictate what models the brand will produce going forward. Last year, the trio announced a new business strategy that would see Mitsubishi serve the Southeast Asia and Oceania regions. Rumors of the Lancer aren’t new, and there’ve even been rumors of a Lancer Evolution revival, too, though that won’t happen without the regular sedan. Its return would give the Subaru WRX STI a proper competitor again.