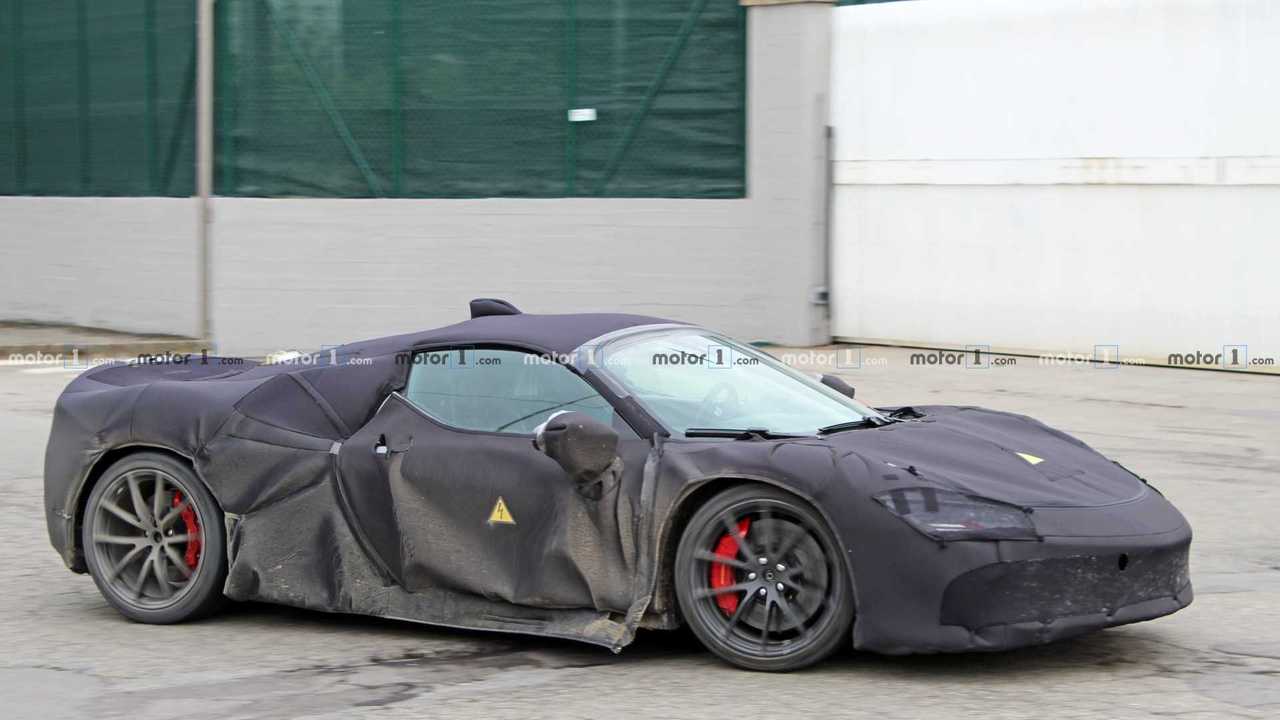 A new V6-powered hybrid Ferrari is coming. That's not a secret – Ferrari announced its electrified intentions way back in 2018. We've seen and heard countless test vehicles wearing various Frankenstein bodies atop the new hybrid bones. What we don't yet know is just how powerful this "little brother" Prancing Horse will be.

An unconfirmed report from Car might shed some light on that. The original source of the information is unknown, but word is the new hybrid Ferrari (allegedly codenamed F171) will pack a twin-turbocharged 3.0-liter V6 and a single electric parallel motor. Combined output is said to be in the neighborhood of 700 horsepower (522 kilowatts), with around 110 hp (82 kW) coming from the electric motor. As it's mounted inline (parallel) with the engine, the new Ferrari will be rear-wheel-drive and have a limited electric-only range of 15 to 20 miles. Again, it's all unconfirmed, but it lines up with other rumors we've heard on the car.

Furthermore, these stats place the F171 comfortably between the 986-hp (735-kW) SF90 Stradale and the 592-hp (441-kW) Portofino. It's expected that Ferrari will cast the hybrid V6 as its mid-level offering, though rumors of the Dino nameplate coming back seem unlikely at this point. Names haven't been a hot topic in the Ferrari world, but we have new rumors that this car could be dubbed the 486.

With emission regulations getting tighter around the world, especially in Europe, a small-displacement engine with electric assist seems the only way for supercars to survive in the near-term. We expect Ferrari's forthcoming Purosangue SUV to offer a similar setup, but we won't have to ponder the details much longer. Both the so-called 486 and the Purosangue should break cover later this year.