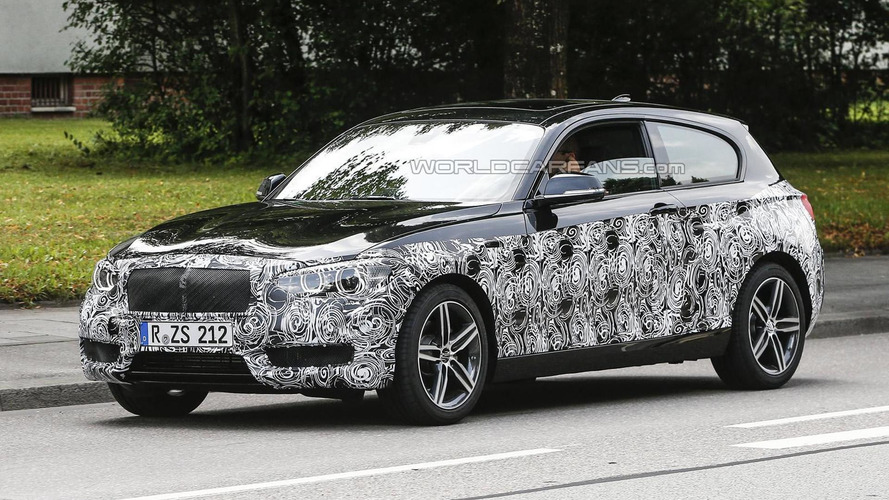 The three-door BMW 1-Series facelift has returned in an additional batch of spy photos.

The three-door BMW 1-Series facelift has returned in an additional batch of spy photos.

One of the main reasons why BMW's 1-Series model has never been a success in terms of sales has to do with its controversial design as it mixes a rather awkward front with a generic rear. The incoming Life Cycle Impulse aims to fix these weaknesses with an updated front fascia which will likely take cues from the 2-Series. Expect to find a redesigned front grille with reshaped bars while the headlights seem to be more refined.

Some changes at the back are also planned as according to our spy photographers the hatch door appeared to be slightly wider. In addition, the taillights will receive updated graphics and could be pushed a bit to the sides.

On sale since 2011, the second generation BMW 1-Series will probably receive its well-deserved facelift at the beginning of October during the Paris Motor Show and will go on sale before the end of 2014.