The current model adds a taste of aggression in its styling.

The Honda Ridgeline holds a unique position in the realm of pickup trucks. Its unibody construction and front-wheel-drive platform go against the grain compared to US staples like the F-150, Ram 1500, and Silverado. It's never been a strong seller – only 32,168 Ridgelines were sold in 2020 compared to nearly 800,000 Ford F-Series trucks. But with an aggressive mid-cycle refresh, Honda dealers think it's now better suited for broader US appeal.

That's the word according to an Automotive News interview with William Feinstein, who heads the Honda National Dealer Advisory Board. The interview covered a broad range of topics including the spread of electrification and autonomous tech, and how Honda dealers will function in this automotive paradigm shift. However, the Ridgeline discussion was particularly interesting as Feinstein concedes that Honda just didn't have it packaged well for many buyers, and dealers wanted something with a more aggressive stance.

"The issue with the Ridgeline has never been its capabilities or how it drives or its performance," said Feinstein, according to Automotive News. "People love the vehicle. It frankly just wasn't packaged well enough for a lot of people. I think they've addressed a lot of those issues, and I expect the Ridgeline to do very well." 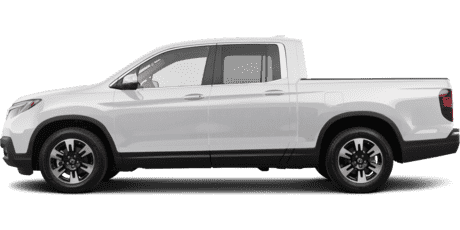 To that end, the 2021 Ridgeline exudes more attitude compared to its swoopy, crossover-like predecessor. Honda updated all the sheet metal from the A-pillar forward, literally lifting the face with a taller fascia and larger, bold grille. The hood has a larger power bulge and slopes considerably less, with the result being a chunkier, squarish front clip. You'll find dual exhaust finishers at the back too, because truck buyers love their chrome dual exhaust.

Underneath, however, it remains a supremely comfortable truck that rides like a large sedan. An HPD package adds additional aggression with bronze wheels and flared arches. Power continues to come from a 3.5-liter V6 making 280 horsepower (209 kilowatts), driving either the front wheels or optional all-wheel drive.