Digitally altering photos in Photoshop is pretty easy on a basic level. That also means folks with more knowledge can easily unalter such photos. The Waikato Police department in New Zealand learned this lesson the hard way after boasting about a new unmarked car on Facebook. A quick digital blackout hid the identity of the vehicle, but a simple image flip revealed it as Holden's version of the Chevrolet Equinox. How embarrassing.

To the credit of Waikato Police, they seem to be good sports about the public outing of their not-so-secret patrol vehicle. The original Facebook post showing the masked car has been removed, but they followed up with a conciliatory post stating their message of "anywhere, anytime" remains the same.

The rookie mistake here was shading out the car but not going full opaque. That would convert the entire image to pure black, leaving nothing of the original to resurrect. Instead, the original image is recovered rather easily simply by pumping up the light levels. We sometimes see automakers make the same mistake with silhouetted teaser images of new vehicles, often revealing more details than intended once the levels are increased.

Scouring the comments on Waikato's Facebook post, we see a link to an official press release from New Zealand Police originally distributed last July that straight-up talks about the Equinox undercover vehicles. The undoctored image below actually comes from that release, with the text explaining the role of unmarked vehicles in catching bad drivers red-handed.

"Unmarked vehicles are particularly effective in detecting high-risk behaviors such as driving while not wearing seatbelts, driving while impaired, driving distracted, and traveling at unsafe speeds," said Inspector Peter McKennie, acting national manager for road policing. "We know that speed has the biggest impact on the outcome of a crash – whether you walk away, or are carried away. That is why we unapologetically continue to focus on stopping people speeding on the roads." 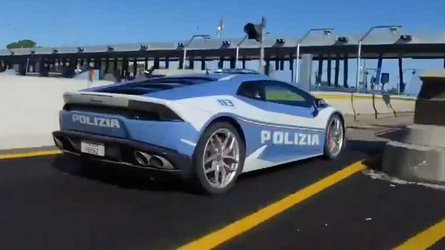 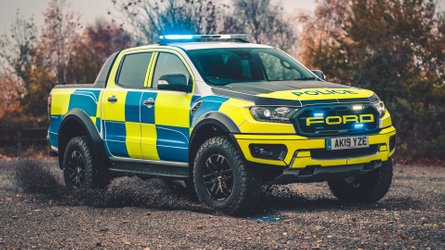 Debate about the use of unmarked patrol vehicles for traffic enforcement has raged for decades. Proponents say the cars deter bad driving, while opponents claim using such vehicles isn't about safety or deterrence at all, but merely revenue generators designed to catch people in the act.

In any case, Waikato's secret fleet isn't so secret anymore. In fact, it was never really a secret in the first place.