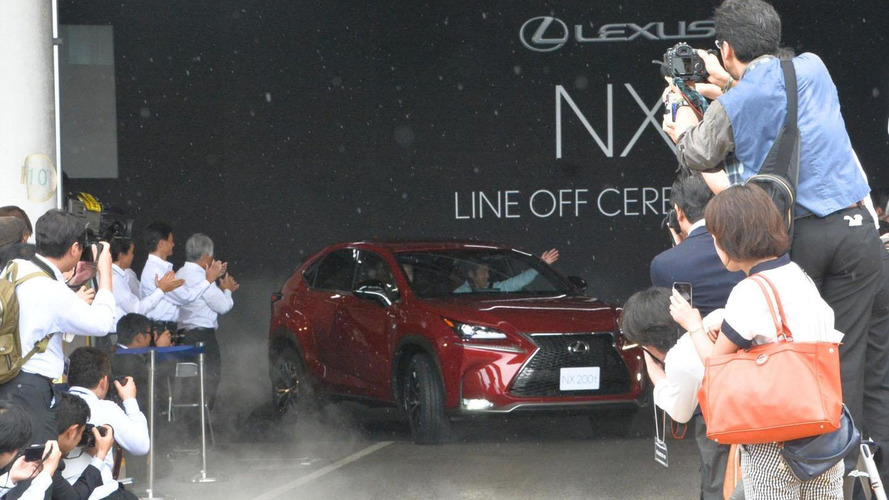 The first 2015 Lexus NX has rolled off the assembly line at the company's Miyata plant in Japan.

The first 2015 Lexus NX has rolled off the assembly line at the company's Miyata plant in Japan.

Set to arrive at U.S. dealerships this fall, the model is being billed as 'mold breaker' because it is the company's first compact crossover and the first model to be offered with a turbocharged engine. Speaking of the latter, the NX 200t has a turbocharged 2.0-liter four-cylinder that produces 235 bhp (175 kW) and 258 lb-ft (349 Nm) of torque.

According to Toyota Motor Kyushu President Iwao Nihashi, "People all over the world are excited about the NX. Dealers understand its potential, and they're asking us to give them as many as possible, as soon as possible... We believe the NX will sell well around the world, and that it will become a core model in the Lexus lineup." Nihashi went on to say the company has already received 6,500 preorders in Japan and this is "significantly" more than originally expected.