It's expected to debut later this year as a 2022 model.

Fiat is a small brand inside the global conglomerate that is now called Stellantis, but the Italian automaker is chugging along unabated. Its US lineup has dwindled to one, now only offering the Fiat 500X stateside, but the brand's selection elsewhere is wider, offering a variety of vehicles, including bite-sized cargo vans. The Fiat Fiorino is due for a significant redesign, and new spy photos show that the new generation is in development.

The photos show the oddly shaped van with the camouflage covering the front clip and the entire vehicle's lower half. It looks similar to what's Fiat offers now, though the design at the front is sleeker and more modern. That shouldn't be a surprise considering that the current-generation Fiorino went on sale in 2007 with a facelift for the 2016 model year. However, one thing that doesn't look too different is the slopped aerodynamic roof fairing to help route airflow over its uneven top.

Powertrain details remain a mystery, though our spy photographers suggest Fiat's 1.4-liter four-cylinder will be the standard mill. However, the company is likely to offer the turbocharged 1.3-liter four-cylinder engine as an option, too. At the rear, the test vehicle sports a new taillight design that we'll see on the production version. The interior should receive a substantial update, too, infusing the interior with a modern and functional design alongside the latest infotainment software and safety goodies. 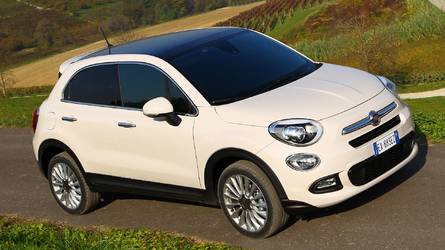 The updated Fiat Fiorino is expected to debut later this year as a 2022 model, though it's unclear which markets this update will be available in. Fiat's new corporate overlords have more than a dozen brands to manage worldwide, and while each will get an opportunity to succeed, the merger's goal was to help both save money. We'll have to see how the company plans to do that as the fourth-largest automaker in the world.