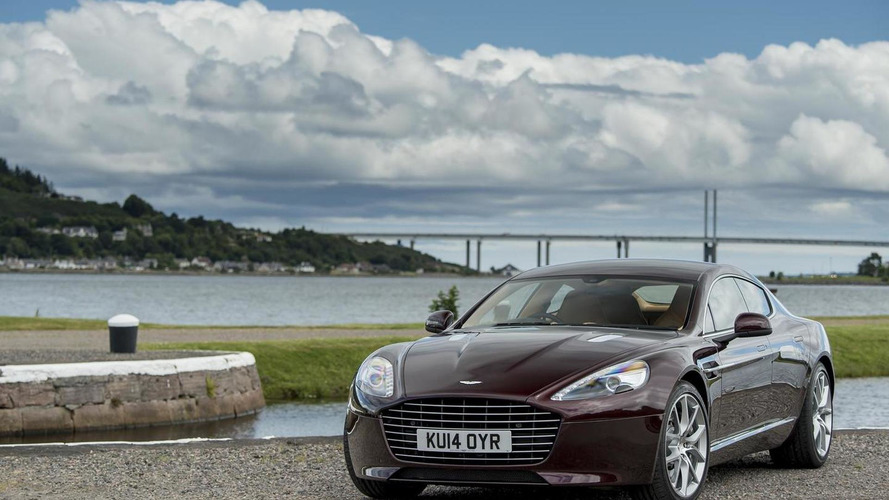 Aston Martin has revealed the 2015 Vanquish and Rapide S which come with an array of enhancements.

Aston Martin has revealed the 2015 Vanquish and Rapide S which come with an array of enhancements.

First and foremost, both models have received a newly developed Touchtronic III eight-speed automatic transmission which promises to boost performance and reduce fuel consumption while being three percent lighter and more compact. The ZF-developed gearbox makes its debut in a transaxle layout and has helped the Vanquish cut 0.5 seconds from the 0-60 mph (0-96 km/h) sprint which now takes 3.6 seconds. The Rapide S is also half a second quicker and does the run in 4.2 seconds. Thanks to an updated final drive, the gearbox's ratios have been altered and now both cars can hit a top speed of more than 200 mph (322 km/h).

CO2 emissions are down by an average of ten percent so the Vanquish emits 298 g/km while the Rapide S is rated at 300 g/km. Moreover, fuel economy has been improved by 11 percent on average, with both models capable of returning 31 mpg UK (25.8 mpg US or 9.1 liters / 100 km) in EU's extra urban cycle.

Deliveries of the 2015 Aston Martin Vanquish and Rapide S will commence in the third quarter of the year.