[UPDATE] Movie director Justin Lin revealed on Twitter that three cars were destroyed during the four-second shot with the Toyota 86 going through a building to collide with a truck. While the scene did involve some CGI, it appears most of it was actually real. It took eight months to prepare, four days of production, and a team of more than 100 people to shoot the scene.

It was a little over a year ago when Universal Pictures dropped a trailer for Fast 9, announcing the yet-to-be-explained return of Han Lue (played by Sung Kang). Fast forward to today, a new 30-second clip released during Super Bowl LV reconfirms the drift master is alive and well, seemingly hugging Tokyo Drift protagonist Sean Boswell (Lucas Black) right at the start of the video.

The much-hyped blockbuster movie previewed during the Big Game also included a brief look at the Toretto house being rebuilt after Deckard Shaw (Jason Statham) destroyed it in the seventh installment of the franchise. We’re not entirely sure, but Twinkie (Shad Moss aka Bow Wow) from Tokyo Drift appears to be sitting at the dinner table with the rest of the crew.

It's Far From Being Over: 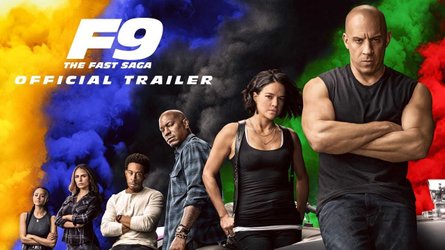 Vin Diesel Talks Fast And Furious 9: 'You Haven’t Seen Anything Yet'
⠀ 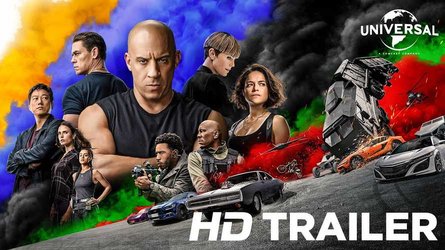 Beyond the return of some characters, the new trailer is same ol’ same ol’ Fast and Furious. “Mayhem” appears to be the key word here, with a Toyota 86 repurposed as a weapon of destruction by impaling a truck after smashing through a building’s windows. As Dominic Toretto says: “crank it all the way up” for what is shaping up to be another action-packed movie in which we’ll get to see a Noble M600, Dom’s Charger, and a bunch of obliterated police cars.

If you’re a fan of the long-running franchise, the wait should be nearly over as the clip ends with the following message: “in theaters soon.” As you may recall, Fast 9 was originally set to come out last year on May 22 before being pushed back to April 2021, only to be delayed yet again to May 28 this year due to the coronavirus pandemic. It’s unclear whether the date has been changed, but the new spot is a good indication the film’s release date is approaching.