Will Ferrell, eat your heart out. Or possibly some raw salmon.

Are you sitting down? If not, please do. We aren't kidding around when we say these three videos are a bit weird. Actually, the first one at the top of this article isn't that weird, save for a ranting Norwegian who looks strikingly similar to Tormund Giantsbane from Game of Thrones. As for the other two, how do you feel about fish? Specifically, salmon? Raw salmon? Yeah, please sit down.

So first, some backstory. Super Bowl LV is on February 7, and though it's a bit tempered this year with COVID still an issue, some automakers are still dishing up some witty ads. General Motors released its EV-focused ad in an amusing piece with Will Ferrell basically declaring automotive warfare on Norway, which sells more electric vehicles per capita than any other country in the world. His mission is to crush them with Ultium-powered EVs from GM, and in typical Will Ferrell style, irrationally angry antics ensue. 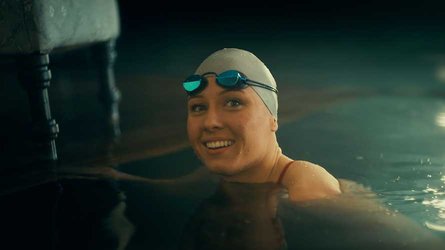 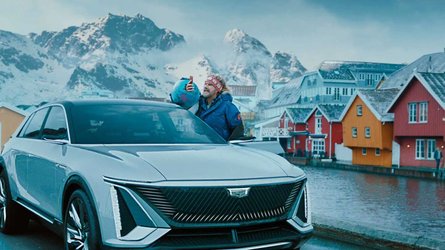 That ad dropped on February 3. On February 5 we learned of a response from Norway, or rather, a response from Audi on behalf of Norway. It seems Norwegian's are a little put off by GM's sudden desire to crush Norway's current reign as an EV-sales leader. Admittedly, Will Ferrell literally punching Norway off a fragile-looking globe could be construed as a tad threatening, but that's not the point. The point is, the Audi e-Tron is the best-selling EV in Norway. You see where this is going? No, you really don't see where this is going.

The first video was straightforward and entertaining, even incorporating a smashed globe similar to GM's ad. And yes, that is Game of Thrones star Kristofer Hivju who is indeed a proud Norwegian. We're trying to save the world he proclaims at the end of the video, but then we move to video number two (above) that explains how Norwegians fight. Ferrell might have an angry streak, but how will he fare against a screaming salmon attack?

The final video also incorporates salmon. Apparently salmon is big in Norway, even on pizza. In fact, you don't just drop it as a topping. You wrap the entire pizza around a raw fish and tear into it with reckless abandon. Through it all, Audi continually reminds us that the e-Tron is the best-selling EV in Norway, and advised GM to not hate, but imitate. See, we told you it was weird.

We have no idea if this was all planned ahead of time, but with the videos coming specifically from Audi Norway, we suspect this was actually a last-minute response. If that's indeed the case, kudos for producing three creative videos in a very short timeframe. Also, don't expect to see these clips during the big game. That's okay; when you have Tormund Giantsbane rage-eating raw fish while trying to save the world, it's not hard to get some publicity.