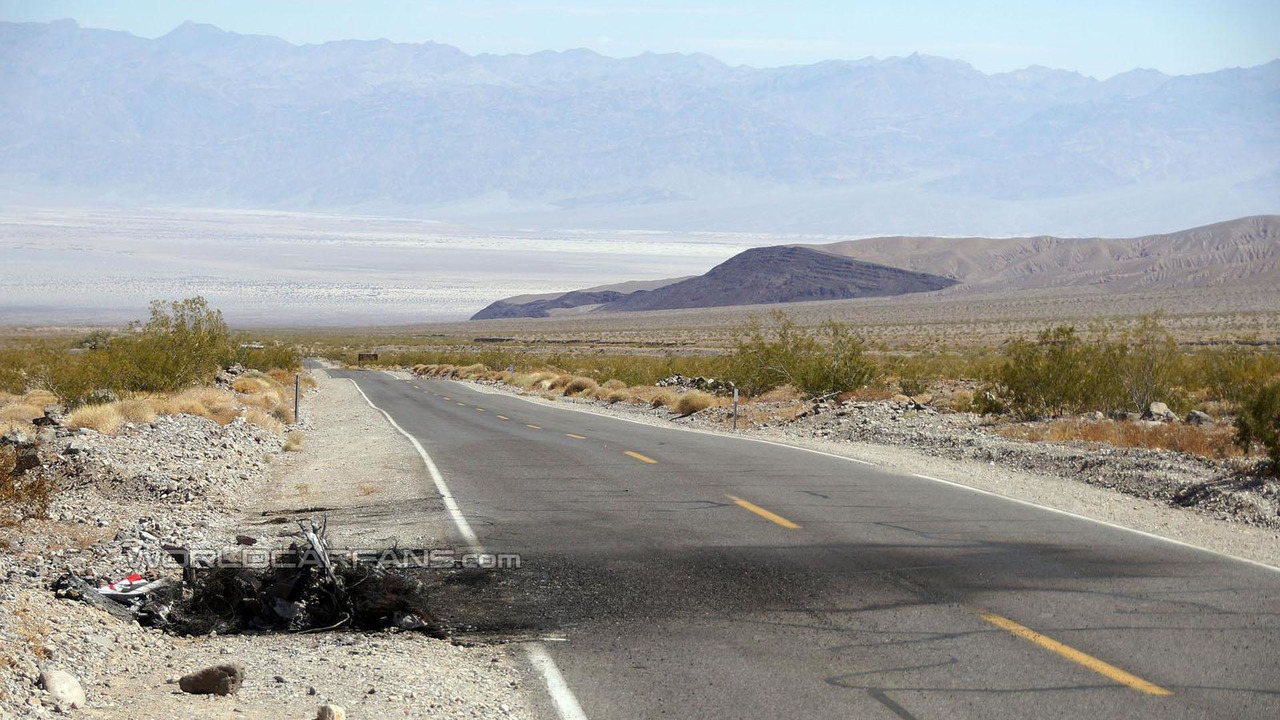 A 2016 Ford Super Duty prototype was vaporized in a speculator fire and explosion in Death Valley.

A 2016 Ford Super Duty prototype was vaporized in a spectacular fire and explosion in Death Valley.

Little is known about the cause but the pictures reveal the model was undergoing testing when a fire broke out on the driver's side of the prototype. The fire quickly spread and the truck was fully engulfed in flames within three minutes. The truck then exploded and was reduced to a pile of molten steel and aluminum after 21 minutes.

Ford is investigating the cause of the fire but thankfully both engineers escaped without injuries.

As we have previously reported, the 2016 Super Duty is expected to follow in the footsteps of the 2015 F-150 by adopting a stronger and lighter frame as well as aluminum body panels. The model could also come equipped with more fuel efficient engines but nothing is official as of yet.