The 2.5 TFSI could have the same specs as in the Audi RS Q3.

The rumors were true! Audi is officially sharing its sweet-sounding 2.5 TFSI engine with Cupra after allegedly refusing Volkswagen to use it in a five-cylinder Golf R. Teased for the first time, the Formentor VZ5 will premiere later this month as the “maximum expression of combustion performance for car enthusiasts.”

SEAT’s standalone performance brand Cupra doesn’t specifically mention the new range-topping SUV will use an Audi engine, but we’re 99 percent sure it’ll be the same powertrain used by the RS Q3. The Four Rings are installing this engine in the RS Q3 Sportback and TT RS as well, and will soon cram it inside the engine bay of the next-gen RS3 Sedan and RS3 Sportback.

It is believed the Cupra Formentor VZ5 will use the same specification of the inline-five available in the products from Ingolstadt, so it should push out somewhere in the region of 395 horsepower and 354 pound-feet (480 Newton-meters) of torque. It’s likely going to be available exclusively with all-wheel drive and an automatic transmission to mirror Audi’s compact RS offerings.

Other than the larger engine, we’re noticing the quad exhaust arrangement has been modified compared to the lesser Formentor versions. The VZ5 has a pair of stacked exhausts in a Lexus-like layout reserved for the F models, flanking what looks like a beefier diffuser. We’ve seen this change on numerous occasions as several prototypes have been spotted testing at the Nürburgring last year. 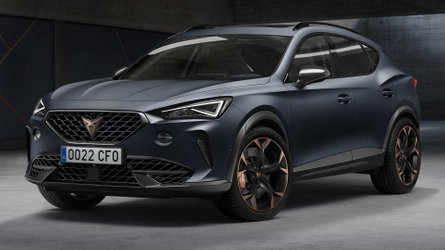 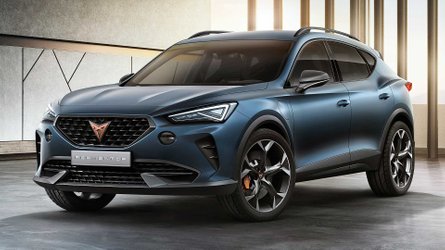 The Cupra Formentor VZ5 won’t be the first non-Audi to use the inline-five as the Ingolstadt-based marque has allowed some niche sports car marque to equip their vehicles with the 2.5 TFSI. A couple of examples that spring to mind are the KTM X-Bow and the Donkervoort D8 GTO-JD70, and now a VW Group brand is getting it. Built at Audi’s factory in Győr, Hungary, the inline-five was crowned “Engine of the Year” nine times in a row.

As a final note, we should point out the February 22 reveal date has been deliberately chosen to coincide with Cupra’s third anniversary as a standalone brand.