Ford Bronco 4600 Race Truck Is Ready To Dominate The Desert 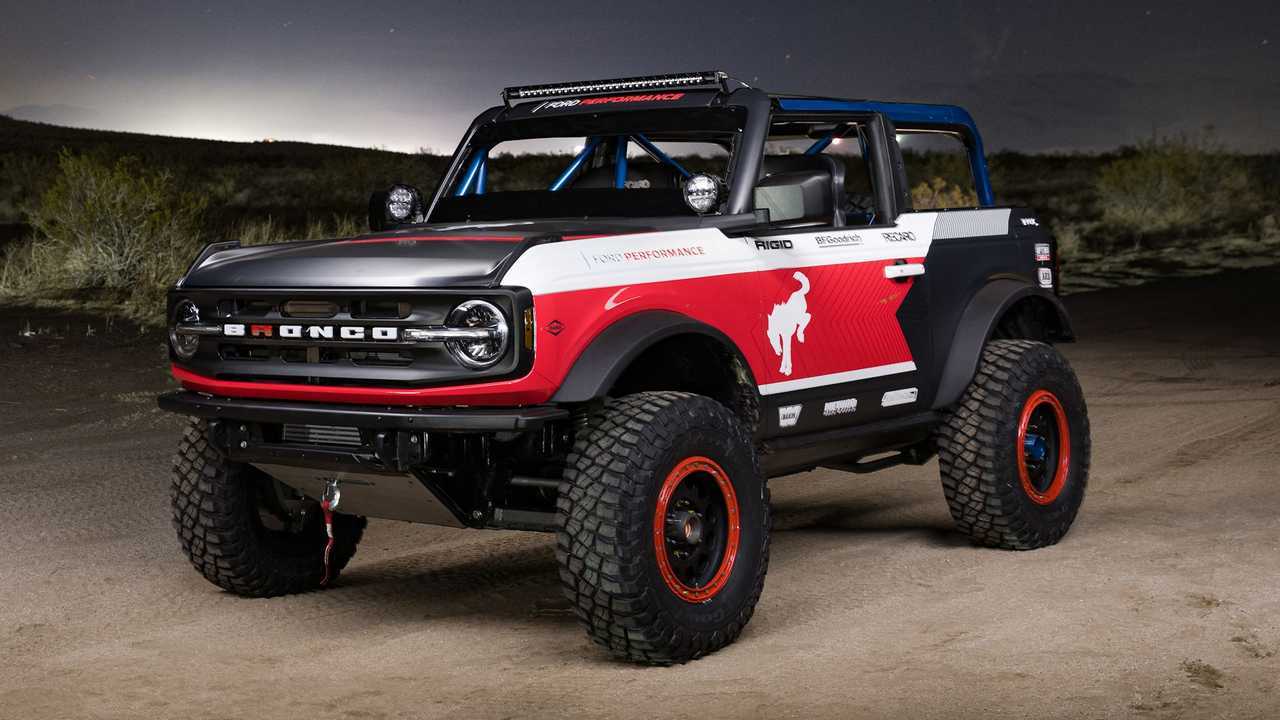 It’ll make its racing debut at the Baja 1000 later this year.

Earlier this week, Ford unveiled a trio of Bronco racers, wicked-looking trucks eager to gobble up miles of desert. But Ford wasn’t done wowing. Today, the company announced the Ford Bronco 4600 race truck, which looks more like its road-going inspiration. However, it’s not designed for pavement. Ford plans to run the racers in the Ultra4 stock class, with its racing debut scheduled for the Baja 1000 later this year.

Many of the Bronco’s underbody components are heavy-duty parts, too, such as the 74 Weld front portal hubs, the Howe hydraulic steering rack and cooler, and the Triton Engineering control arms. The truck’s modular steel bumpers come from Ford Performance, as does the Warn Zeon winch, just in case things get dicey. LED off-road lights will help illuminate the way while a custom roll cage keeps the occupants safe. The Bronco 4600 also features the “first-ever” FIA off-road-certified Recaro race shells, according to the company.

Sneak Peek: Ford's Wide Range Of Accessories For The 2021 Bronco

When the Bronco 4600 hits the dirt in November, it’ll have a team of veterans piloting a trio of trucks – Vaughn Gittin Jr, Loren Healy, Jason Scherer, Bailey Cole, Brad Lovell, and Roger Lovell. Bronco 4600 testing kicks off later this month, and it will derive as a testbed for “a growing list” of Ford Licensed Accessories and Ford Performance parts. The Ford Bronco hasn’t even entered production yet, though that hasn’t slowed the automaker from advertising it.