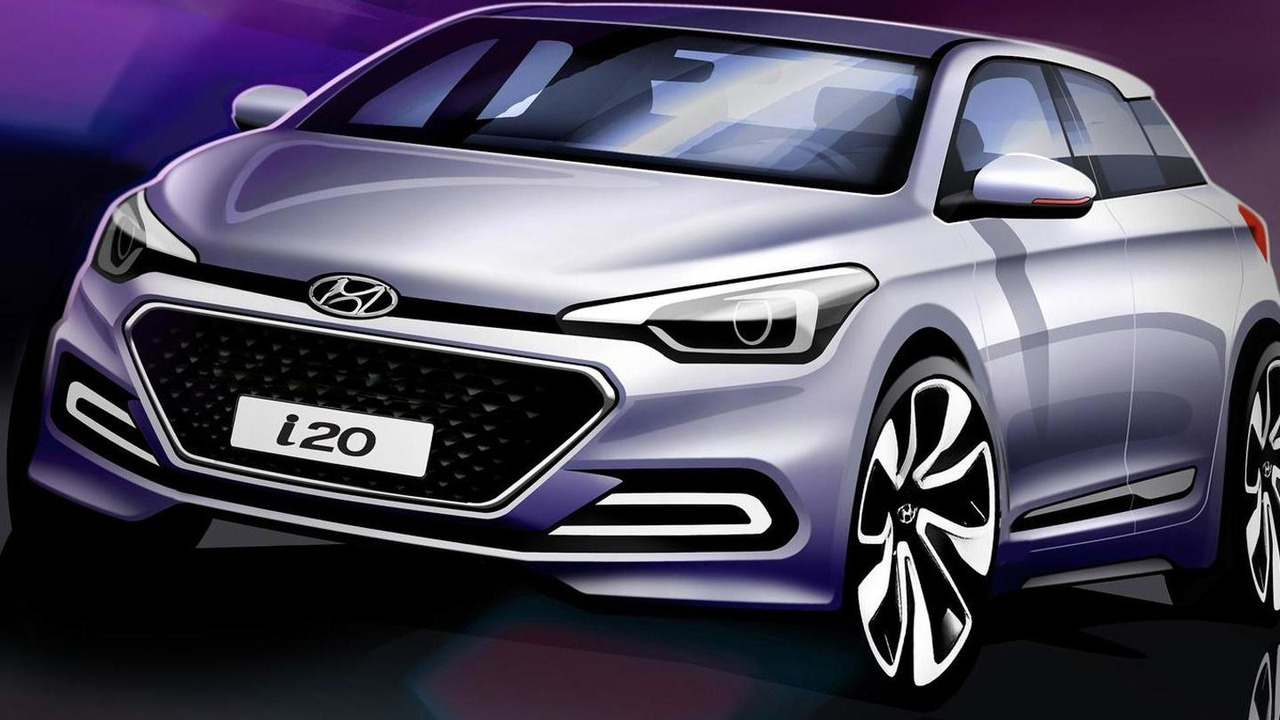 The cat is pretty much out of the bag as far as the 2015 i20 is concerned since fully revealing spy pics emerged yesterday but Hyundai has decided to treat us with a couple of design sketches rather than just showing the real deal.

Looking far more exciting than the actual car, these digital drawings aren't fooling anyone since the second generation B-segment model is a lot duller than this and isn't really a significant departure from recent Hyundai designs.

Featuring Hyundai's Fluidic Sculpture 2.0 design language, the i20 was styled at the firm's Design Center Europe in Rüsselsheim, Germany and will carry over the same engines as the outgoing model. However, a hot N variant will be out in 2015 as Hyundai's first performance-oriented model part of their recently established sub-lineup of N-badged models.